This building is one of two well-preserved structures that demonstrate a commercial brick façade type that was once common to Greensboro’s city center. The building was announced in the November 20, 1901 Greensboro Patriot newspaper in a report that stated “Two substantial business houses will shortly be erected on West Washington street…The Cone Export and Commission Company will erect a handsome office building, which will be a modern structure in every particular. J. W. Scott & Co. have purchased the adjoining lot on the west, upon which they will erect a three-story building to accommodate their large and constantly increasing wholesale business.”

The facade is an elegant composition of Neoclassical feature including the elliptical fanlights that grace third-floor windows. Other Neoclassical elements include keystones, belt courses, and a wooden modillion cornice. The Cone Export and Commission Company was established in 1890 when Greensboro-based industrialist Moses Cone convinced other southern textile manufactures that collective marketing could increase profits. The company expanded in the twentieth century, resulting in the construction of a new building in 1924, The company remained at this new location at 330 South Greene Street until moving to New York City in 1941. The structure was converted to residential use as the Greenwich Apartments in 1931, and as a boutique hotel in the late 1960s. It took the Biltmore name in 1992 after additional renovations. Private. 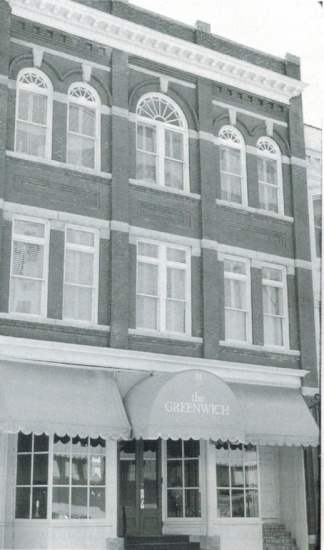 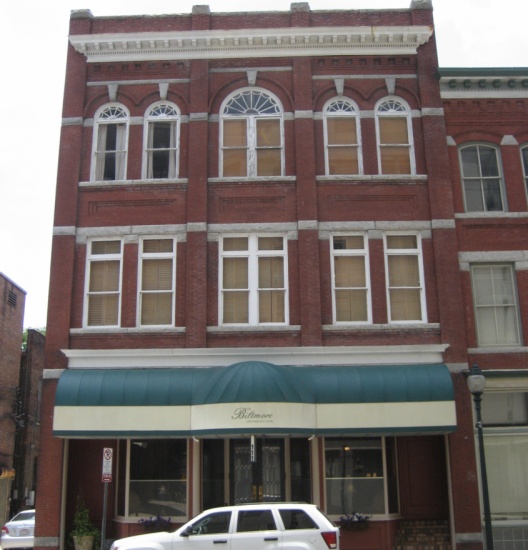