When Mrs Farquhar owned Shaw House, she had a range of buildings built for use by her servants that ran northwards from the House’s west wing, possibly reusing some older buildings that were already there. When the House became a school in 1943, some of this range was demolished, except for the most northern part, including the servants’ hall and a game larder. These surviving bits were converted into a small house for Shaw House School’s caretaker and called the Cottage.

Either cross diagonally over the grass or go back along the path and turn left towards the gap in the terrace. Head towards the information board. 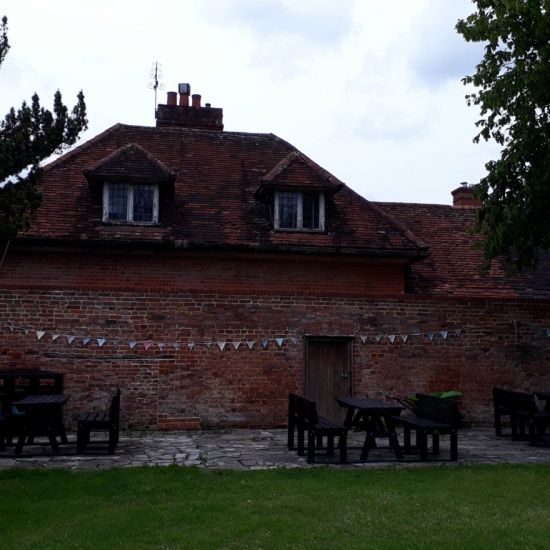