The main part of this building was the residence of W. H. Fredenburgh, one of the village's early merchants and lumbermen. It was built about 1876. Since then, it has been extended and has changed hands several times. It was first used as a hotel in 1930 when it was owned by Alex and Lena Brown and was called the Lexena Hotel. It is now The Cove Country Inn. 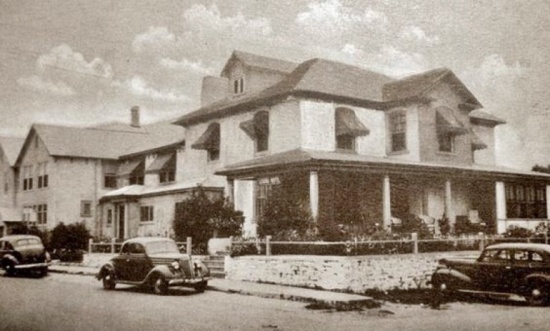