This church has had many names but started as the German Evangelical Church with a congregation of German immigrants. Built in 1882-1883, it was designed by D.A. Bohlen, a German born and trained architect. A German inscription on the cornerstone was chiseled off during the anti-German sentiment during the First World War. It is a German Romanesque Revival style or “Rundbogenstil” meaning “round arches. Most recently is was owned by the United Methodist Church and in addition to Sunday services it had a daily coffee house and various entertainment events geared to young adults. In 2016 it became an event center called Cyrus Place and has a popular coffee shop on the east side of the building. 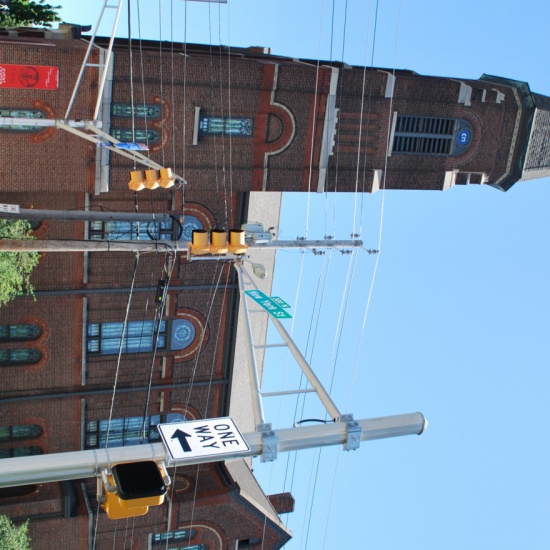 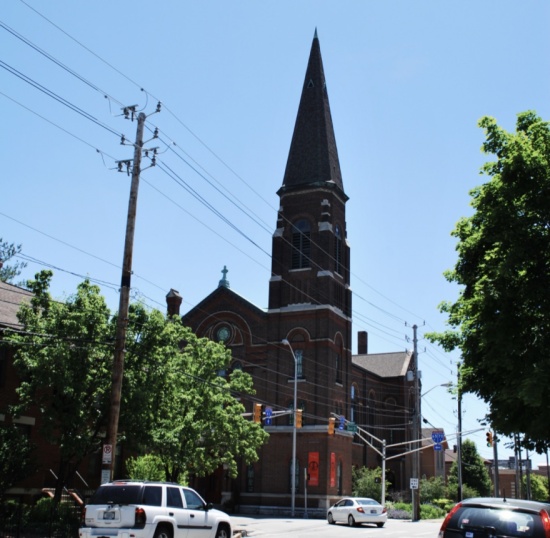