Few fires have a history as long and sordid, and filled with crime and superstition and vigilante justice as the fire at the Franklin House in 1845. The story begins back in 1818, when Luther Gere, proprietor of the Ithaca Hotel, built the Columbia Inn on the corner of Owego and Cayuga. The hotel attracted clientele of a less respectable status than Luther was used to at the Ithaca Hotel. Among the less respectable included a couple named Guy and Fanny Clark, who came to stay the night one hot August evening in 1831. Guy had met Fanny when they worked as school teachers in Pennsylvania. He fought in the War of 1812, and returned a changed man, with a reputation as a drunkard.

Guy Clark checked into the hotel in the evening, and by morning had swung an axe through his wife’s head. Guy Clark was quickly arrested and in February of 1832 became the first person to be executed by hanging in Ithaca. A reported 20,000 people came to witness the execution. Guy was buried in Fall Creek but before morning the body had disappeared, alledgedly snatched by doctors wishing to study the body and brain of a murderer.

After the murder, the Columbia Inn struggled to attract patrons, and Luther Gere tore down the building. The land and lumber from the inn was bought by a Mr. Carson to build a tavern. Ithacans knew where the lumber had come from and refused to patronize the tavern, so Mr. Carson decided to sell the building to a Mr. Franklin who wanted to open the Franklin House. Still, the tavern did not do much business and failed to attract respectable customers. Passerby would cross the street to avoid coming too close. The superstition proved prescient. In 1841, the site played a prominent role in another murder, this time of a shoemaker named John Jones, further souring the reputation of the building site.

The situation finally came to a head in June of 1845. According to local memory, two men were overheard in the Franklin House bar discussing their plans to commit a murder. Only a few days later, someone set fire to a stack of hay in the stables, igniting a fire that would burn down the entire block. Who set this fire, and whether it was to help or prevent this murder plot, is unknown. Unlike many fires viewed as tragic accidents, this razing was thought to have cleansed the street of the evil energy and mystery of the past twenty years.

Explore building records and maps for 102 W State Street throughout the twentieth century on the HistoryForge Ithaca database: https://www.historyforge.net/buildings/6944 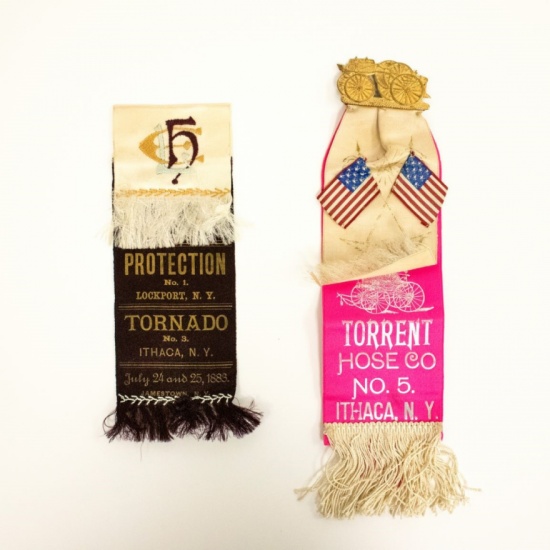