The Eddy family were merchants and retailers. George Eddy Sr. operated a very successful retail business on this site in the mid-19th century. His sons, George Eddy Jr. and Abraham Eddy demolished the old building and erected a four story building in 1883. It was a model department store for the times. Legend has it that the Eddy family were the first merchants to hire women as sales clerks in New Bedford as well as to provide an elevator to its upper floors for their customers. The current building still has retail space on the first floor. 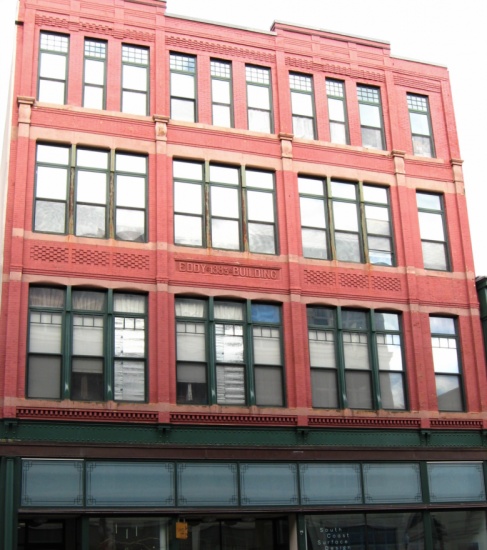