The Great Nemaha Halfbreed Tract and the Road to Rulo

The Great Nemaha Halfbreed Tract and the Road to Rulo

Under the terms of the Treaty of 1830 at Prairie du Chien, the Otoe tribe ceded the land on this side of the Nemaha River for the use of the mixed-blood children of the Otoe-Missouria, Ioway, Omaha, and Yankton/Santee Sioux. These children were primarily from the unions of French fathers and Indian mothers during the hayday of the fur trading days. They were unwelcome by most of white society and often didn't have a place in the traditional system of the tribes, although at least the tribes saw them as relatives.

Known as the Great Nemaha Halfbreed Tract, the reserve started here north of the Big Nemaha River, and went all the way up by Auburn, Nebraska and the Little Nemaha River, its northern boundary. The Halfbreed Tract was allotted and then closed as a reserve in 1860. Some of its mixed-blood families moved to the Iowa Reservation and intermarried with the Ioway there. There were many settlements in this tract; some disappeared as ghost towns, and some you can still visit, including: 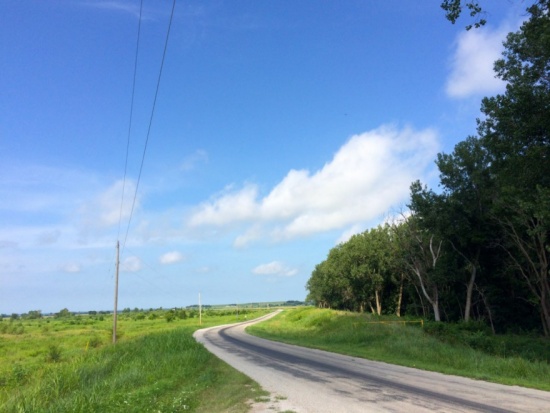