The home features a full-width porch with granite stone, pressed brick, and a red, clay tile roof. On the inside are beveled and leaded glass windows, pocket doors of oak on one side and mahogany on the other, and a fireplace inglenook with built-in leather-seated benches.

Harvey was the son of Samuel and Elizabeth Coppes. He began his career as a bookkeeper at Coppes Brothers and Zook. In May of 1891, Harvey and his father Samuel purchased the Farmer and Trader Bank from the Betchels. He worked at the bank as a cashier and had become the president just weeks before his death. 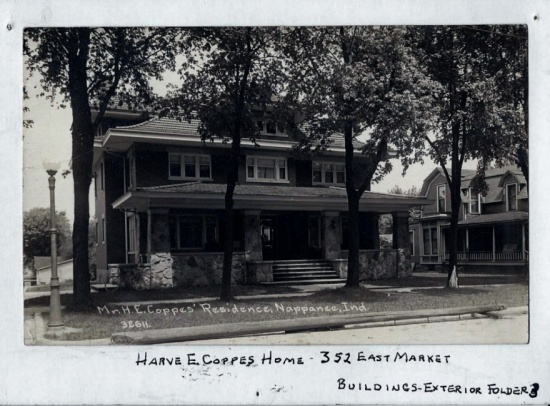