The DeWitt Historical Society was formed in 1935 as a revival of two earlier historical societies (1863-64 and 1899-1905) based in Ithaca New York. The first, the Ithaca Historical & Scientific Society, was started by Ezra Cornell, and lasted less than two years. The DeWitt Historical Society was formed in 1899 to promote Tompkins County history, and was named in honor of Simeon DeWitt, a prominent early Ithacan and city planner. This society met to hear papers, erect commemorative plaques, and started a collection of books and objects that was housed at the public library after the society disbanded in 1905.

In 1935 members of prominent local families revived the society "to encourage research into local history and preserve objects and documents of historical significance."

The DeWitt Historical Society changed it's name to The History Center in Tompkins County in September of 2004 to more accurately reflect its changing identity as a historical society, research space, and public museum space.

After more than two decades at the Gateway building on East State Street, The History Center in Tompkins County relocated to the brand new Tompkins Center for History & Culture (110 North Tioga Street) on the Ithaca Commons. A heritage tourism center which opened to the public in May of 2019 with 11 partner organizations in the building.

The site on North Tioga Street’s “Bank Alley” is an amalgam of three different buildings joined together, each with its own history: the two-story former Tompkins County Clerk’s Office at 106 N. Tioga, the three-story former Ithaca Trust Company building at 110 N. Tioga, and the annex and glassed atrium that joins the two.

The lots on which these buildings stand were originally owned by early Ithaca landowner Abraham Bloodgood and then sold to New York Surveyor General Simeon DeWitt (Bloodgood’s son-in-law). DeWitt in turn transferred the properties to Ithaca lawyer David Woodcock, who served as village of Ithaca president, New York State legislator, and U.S. congressional representative in the early 1800s.

In 1953, four years after the Tompkins County Trust Company purchased the old County Clerk’s Office, the two larger buildings became unified into one large bank office. Major renovations in the early 1980s knocked down walls between the two main buildings to create “windows” linking the spaces. 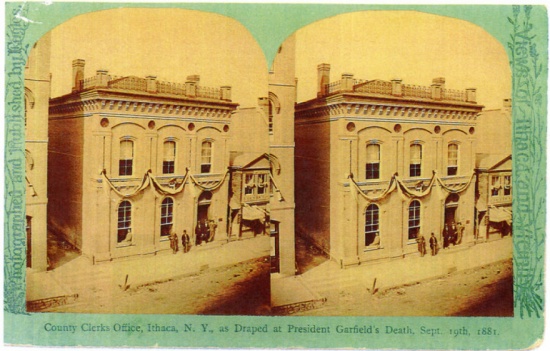 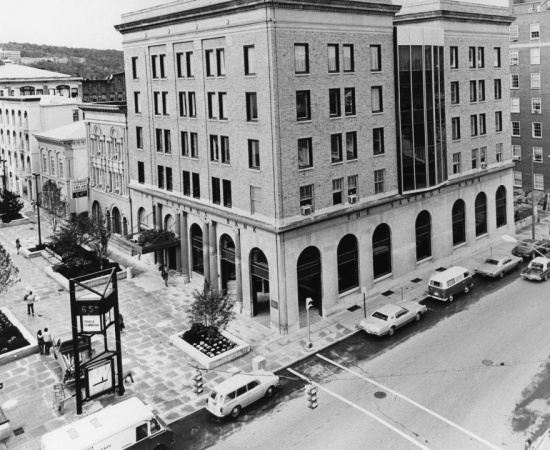 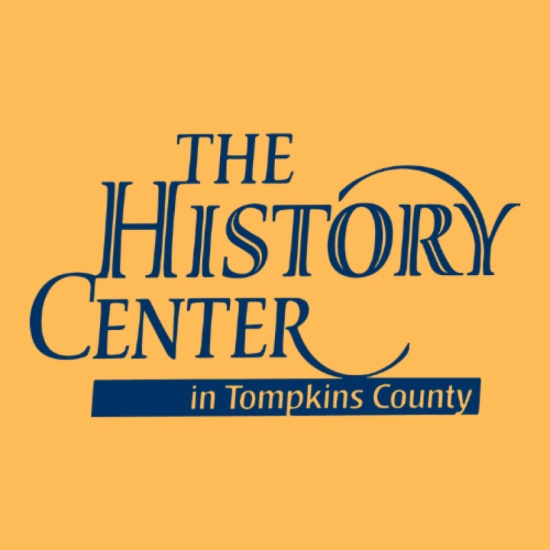