To celebrate its opening in 1941, the 600-seat Ithaca Theater screened “Moon Over Miami,” starring Betty Grable and Don Ameche. A wedge-shaped marquee projecting from the theater’s tinted block façade announced the film. Green neon tubing lit up the “ITHACA” name above the marquee, branding it as the “modern” theater promised in its advertising. Local owners, brothers John and James Ryan, sold the Ithaca in 1965. By 1991 it was converted into the Ithaca Music Hall for live performances. The venue closed in 1995, and Bishop’s Carpet One bought the building in 1998 for use as a warehouse. 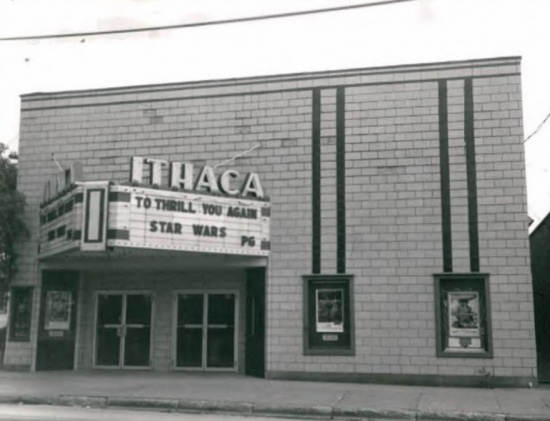