Located at 258 East Market Street, this home was built for John and Malinda Coppes and was designed by Henry Frazier. It was completed in 1895 and is a Queen Style home.

It featured a gorgeous wraparound porch, high pitched roofs, a tower and a carriage porch shared with the Daniel Zook home. Although they have different exterior looks the interior was identical with the Frank Coppes home, except in reverse. Original items to the home included, a hand cranked elevator in the basement to haul up wood. water fountains in each bedroom, and light fixtures and art class windows produced by the Lamb Brothers and Greene Factory.

John Coppes was a man of firsts in Nappanee. His wife and him were the very first to be married in Nappanee. John also served at the first fire chief when he was elected in 1892 and he is known to be the first to be arrested in July of 1889 for running his horse too fast. John was the Vice President and Secretary of Coppes Brothers and Zook and for many years was the active manager of the Lumber Department and Saw Mill Division until the Mill was closed down in 1929. 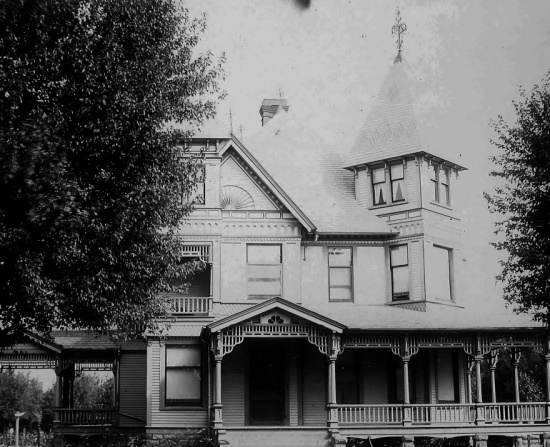