A good vantage point to see the Knoll is from the pavement outside Number 133 High Street (known as Town Farm) See photographs above.

Past local historians have suggested that in the northerly direction well beyond the Knoll, a castle, or a monastery, stood on the east side of Yardley Road.

In addition, with a little more certainty, before the parish church was re-built in its current position in the 14th Century, a church once stood not too far behind the Knoll. Evidence in the form of human remains were found when digging out the footings for the Feoffee Cottages in Dartmouth Road. Also, until the 1950s there was an elm tree, known as the 'Churchyard Elm' located opposite the Queen Hotel. (See image above.) These suggest that this northern end was perhaps at one time the most important part of town.

There are no records to indicate why the church moved to its current location, although many theories abound!

Moving along the time-line a good bit, say to a couple of centuries ago, the northern end of Olney, with the exception of a handful of properties, ended at the Knoll.

Beyond the Knoll today is the development that emerged after the coming of the railway in 1872. The building of the new streets was intended to accommodate the number of workers that would use the railway to work outside the town, probably in Northampton or Bedford. See image above, which is a photograph of Olney Station taken in 1911.

In reality most, particularly office workers, used buses as the frequency of the trains was insufficient for their needs. As it happened most properties were let, initially at least, to shoe industry workers as the majority had workshops, even mini factories, built at their rear. These were used by the tenants, as outworkers, to service the larger factories in the town.

In the 20th Century on the north side of the Knoll stood two buildings (see photograph above taken in 1910). The building on the left was the Castle Inn, a very popular inn after WWII when managed by 'Auntie' and 'Uncle' Fred Lyon. It was the only pub in town that was not owned by brewers Hipwells (and later Phipps, a Wellingborough brewery). It was not a 'free house' but owned by NBC, the Northampton Brewery Company. (No such thing as 'guest beers' in those days.)

The building on the right was a blacksmith's workshop which continued shoeing horses well into the 1950s. (See above photograph.) The last blacksmith was Alistair Bull who lived 'over the shop'.

The Castle Inn was substantially extended into its current form after the demise and demolition of the smithy. The premises have recently been fitted out as the 'Maya' Indian restaurant..

In the coloured photograph taken around 1900, see image above, observe the lighter coloured track that crosses the road, just in front of the cyclist and lamp post. There were two such tracks across the High Street, one at each end, which were 'apparently' kept clean so that the ladies did not soil the hems of their clothing with mud, or even worse!

The photograph of Olney Silver Band (see above) was taken by George Lett in 1899. The band was preparing to play on the Knoll, obviously on a Sunday, as everyone was turned out in their 'Sunday best' clothes. George Lett probably took the picture from an upstairs window in Number 12 Beauchamp Terrace - then the home of Harry Lett.

The Knoll was not surfaced at that time (incidentally neither was the Market Place) and it is common knowledge that the surface was far from flat owing to children scraping holes in it on a regular basis to play marbles!

In past decades the Knoll could have been described as a 'mini Market Place' at the North end of the town. Today it is essentially a traffic island, but is occasionally pressed into service, e.g, as a Sunday market on ’Dickens of a Christmas' day.

A photograph of the Knoll circa 1948 (see above) shows no significant structural or environmental changes over the 50 years since 1899. Except, the Knoll itself has been converted into a garden. But who would have thought that after another 50 years the A509 road, now nominated a 'trunk route', would completely shatter the peaceful nature of this part of town, with numerous very heavy vehicles and commuters en route to Milton Keynes and the M1,

Three farmyards that were fully operational up to around the 1970s are visible from the Knoll. The farm buildings on all three sites are now 'barn conversions'. Town Farm (farmed by Longlands then Pibworths) is the large house on the west side of the High Street, where we are standing! Kitchener's farmyard was on the east side almost next door to Brock's Garage, and Colson's farmyard was in Dartmouth Road (adjacent to the bus shelter). Cows from these farms were driven from the meadows up and down the High Street for milking on a daily basis well into the mid 1950s.

The photograph above taken of the vehicle provides evidence that cows were driven along the High Street, albeit in 1898 in this instance, and continued to do so regularly up to the mid 1950s, as stated earlier.

Unfortunately we cannot identify the cows but the vehicle is a six horse power, two cylinder Daimler Wagonette Body, built by Mulliners of Northampton. It was owned by the Newport Pagnell Motor Bus Company. 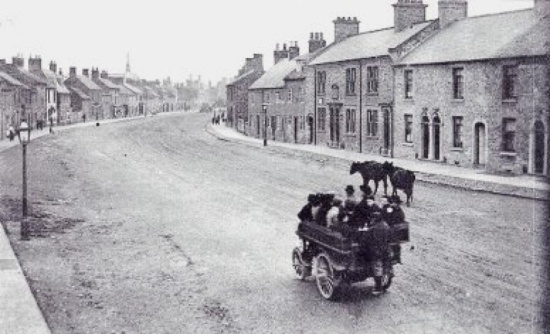 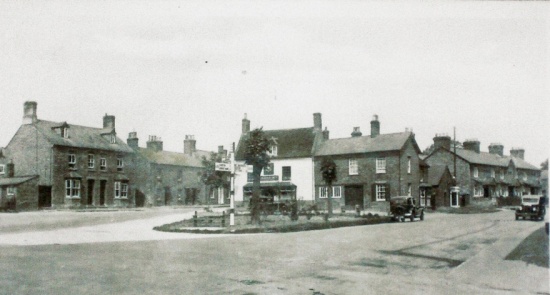 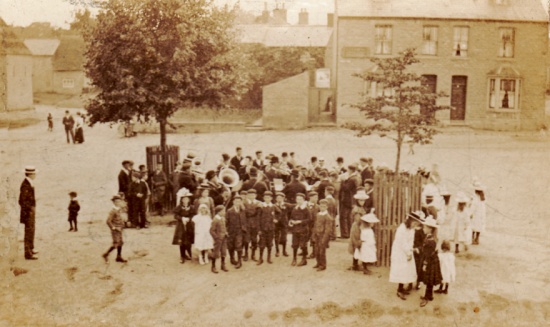 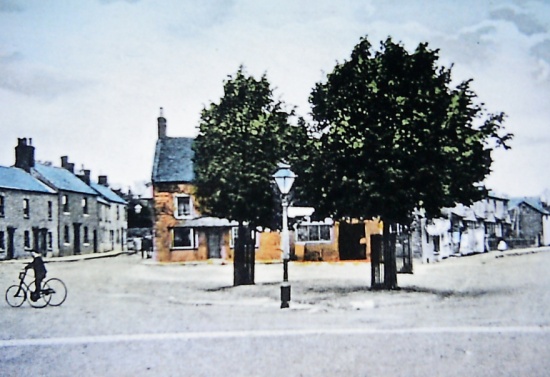 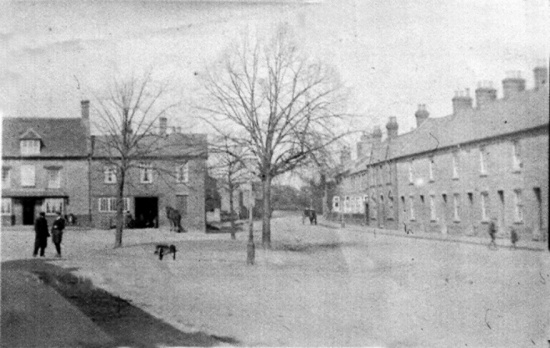 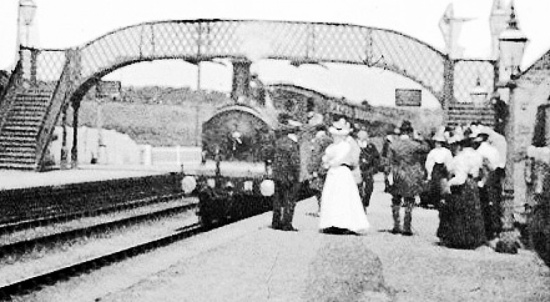 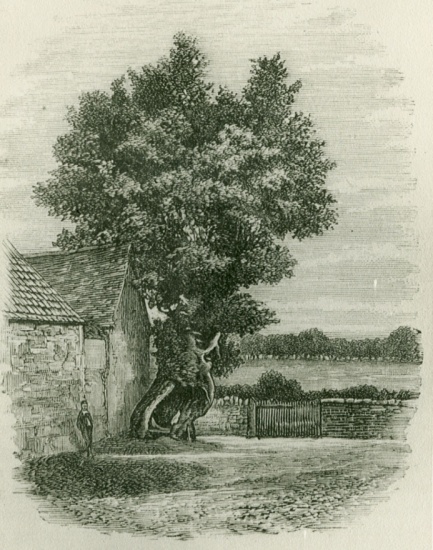 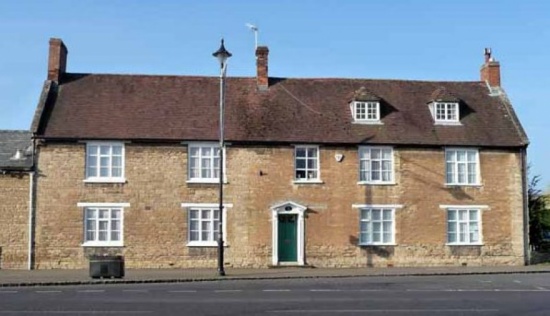