As the official bell of the Pennsylvania State House, which is today called Independence Hall, the Liberty Bell rang many times for public announcements. It may have rung on July 8, 1776 to announce the first public reading of The Declaration of Independence. The Liberty Bell, which weighs about 2,000 pounds, was silenced by a crack in 1846. Its inscription reads: “Proclaim Liberty throughout all the Land unto all the Inhabitants thereof” - Leviticus XXV, v.10, The Bible. 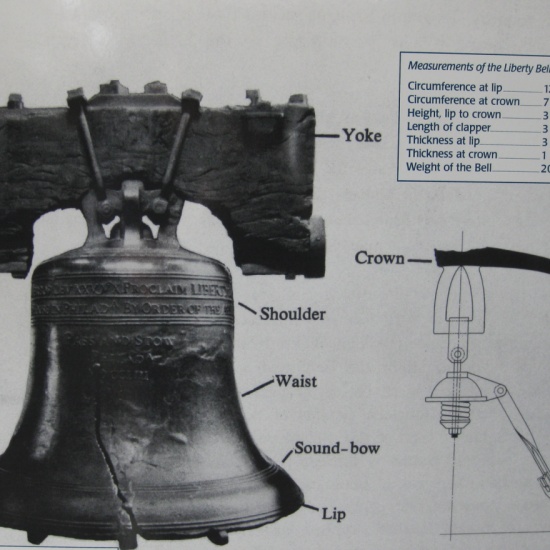 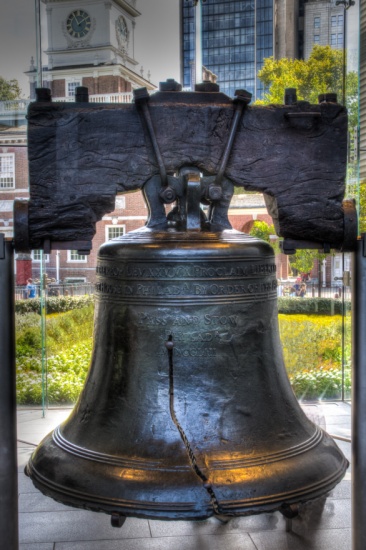 The Liberty Bell
Photo By:

The Liberty Bell
Photo By: