The Mars Hill College Historic District is comprised of approximately 27.07 acres of the 187.17 acre campus. This area comprises the historic buildings of what is the oldest surviving educational institution of higher education on its original site in western North Carolina. From 1856 until 1874, Mars Hill College’s campus consisted entirely of four acres, which extend before you, that are now known as the Historic Quad. Today, the Historic Quad remains the heart of campus.

Mars Hill University is located at the center of the small town of Mars Hill, a town whose own development followed that of the educational institution. Incorporated in 1893, Mars Hill is located roughly eighteen miles north of Asheville, North Carolina and is the largest town in Madison County. In 2015, the downtown section of Mars Hill was placed on the National Register of Historic Places. To the east of Mars Hill lies the Blue Ridge Parkway and the Craggy Gardens Visitor Center.

To the right of campus lie the Unaka Mountain Range with the peak of Bailey Mountain standing closest to campus. To the left of campus sits Little Mountain while the Great Smoky Mountains lie to the southwest of campus. These surrounding mountain ranges have provided Mars Hill students recreational adventure for decades while enhancing the physical beauty of campus. Thus, Mars Hill is known as “A Gem in the Emerald Ring of the Hills.” 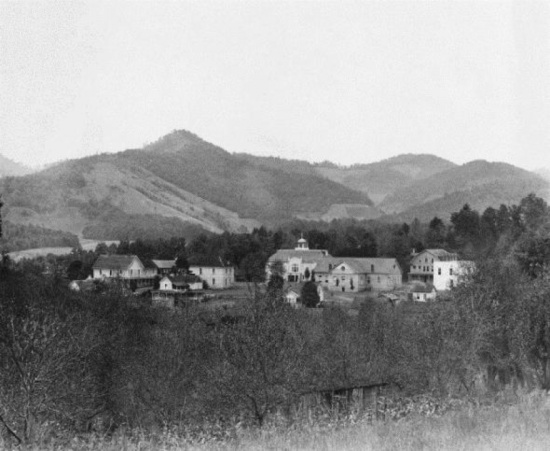 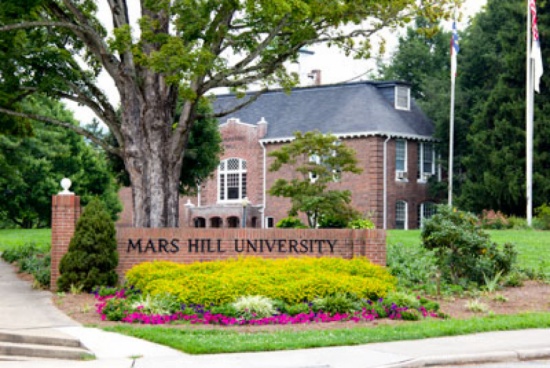