Standing prominently on its hilltop lot, the Julius R. Pitts House at 114 West Bessemer Avenue is a classic example of Colonial Revival architecture. In March 1927, the Greensboro Daily News reported, “J.R. Pitts will build a $19,000 residence on the northeast corner of Bessemer Avenue and Carolina Street. The house will have nine rooms and will be two stories with slate roof and a brick-veneer construction. J.C. Morris is contractor.”

The Pitts House is among the most crisply detailed in Fisher Park. The symmetrical three-bay façade is topped by graceful segmental-arched dormer windows, and the main entry features a front portico with fluted Corinthian columns. Unusual details include the leaded art glass transom window above the front door, the springer and keystones above the windows, and the scrolled modillion cornice. A sunroom is located on the eastern façade of the house, while an open porch is located to the west. Both are topped by Chippendale-inspired balustrades. Interior details are traditional, including a Federal mantel with relief decorations (perhaps inspired by Wedgewood Jasperware), French doors, and extensive use of delicate turned stair balusters.

Sheila Sanders and Craig VanDeventer purchased the Pitts House in 2014 and contracor Pam Frye of Chaney-Frye Properties managed renovations. Using North Carolina Historic Preservation tax credits, modern conveniences were added in the kitchen and bathrooms, and character-defining interior appointments were retained, including a grand hallway staircase. The house is received a Preservation Award in 2015, and was on the 2016 Tour of Historic Homes & Gardens in 2017! 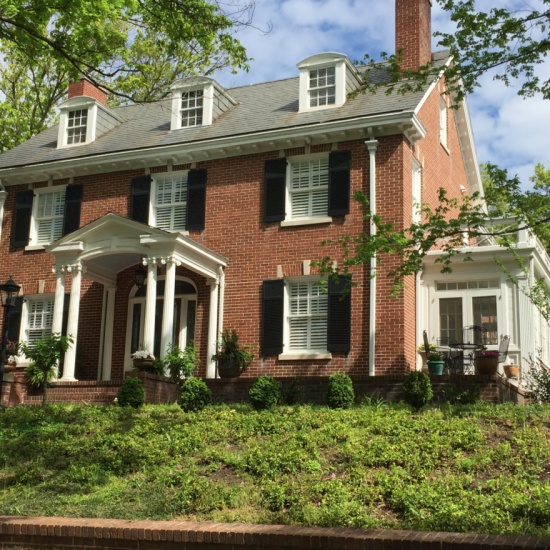