Formally located at 202 East Market Street, this home was built for Samuel and Elizabeth Coppes. It was most likely built in the 1870s-1880s. In 1885 Samuel put down a concrete sidewalk in front of his home. He did all the work himself and the job was so well and successfully done that many others did likewise.

The home was moved in the 1930s. First moving to where the Country Center is now and then moved to Oakland Avenue (Country Road 7) across from Martin's Supermarket.

Samuel was a farmer and once owned four excellent farms in the area. He started at Coppes Brothers with his two brothers John and Frank but sold his interest in 1890 to Daniel Zook. He had an interest in both the Farmers and Traders Bank and the Coppes Hotel. 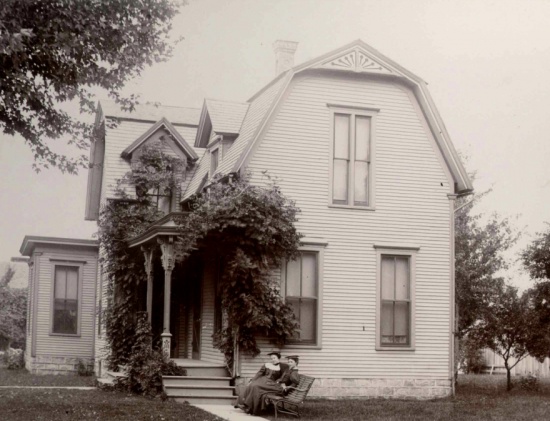