The Tampa and Gulf Coast Railway came here in 1914 starting a tourist boom period that lasted into the 1920s.

Excursionists from Tampa crowded on the T&G for a day at the beach or perhaps a stay at the Indian Beach Hotel. Indian Beach (now Indian Rocks Beach) became known as “Tampa’s playground.”

The site where you are standing was along a boardwalk that ran from the train stop to the beautiful waters of the Gulf of Mexico. 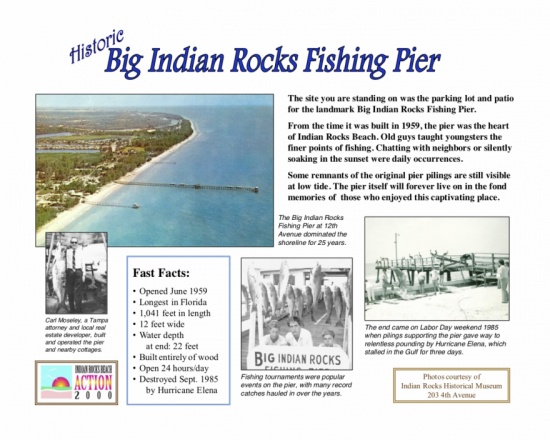