One of those deaths which occurred during Sheriff Lipscomb's term was that of beautiful Thelma Johnson. Thelma was the daughter of Captain and Bertha Johnson, a highly regarded family of Punta Gorda, and Thelma was the town sweetheart.

The Punta Gorda Herald reported, "Miss Thelma Johnson and W. Lloyd Edwards, both 24 years of age, were drowned in Punta Gorda bay Sunday afternoon at 5:30 o’clock when the small motor boat in which they were riding was swamped by waves blown quickly from a gale that crossed the bay in its fury and as quickly subsided. Mr. and Mrs. Monroe Whittemore, of Lakeland, their companions, were rescued by W. R. Sparks who heard their cries as they clung to the submerged craft. An immediate search for Miss. Johnson and Mr. Edwards revealed only open yawning water whose surface, again placid, silently told its story of death. When news of the tragedy reached the city Sunday evening hundreds of citizens swarmed the streets hoping to hear that the missing couple had been saved. Every available boat was put into use and the bay was scanned throughout the entire night by tireless searchers, and from 20 to 30 boats continued searching for the bodies the following day when a possible rescue was considered hopeless. The body of Miss Johnson was found afloat close to shore at Solana at 2 p.m. Monday and Edward’s body was found on shore at daybreak the following morning."

Thelma's mother maintained suspicions about her daughter's death. Thelma had a 2-carat diamond ring which she told her mother she'd pin to her blouse for safe-keeping. The diamond ring was never found. Lloyd was an Olympic-level swimming champion, and it seemed inconceivable that he would die by drowning. Many people remain skeptical about the "accident" and believe the other couple killed Thelma and Lloyd for the diamond ring.

The story Imperfect Alignment in the book Ghost Stories of Punta Gorda is based on this sad event. Available locally at Sandman Book Company, Copperfish Books and online at Amazon.com 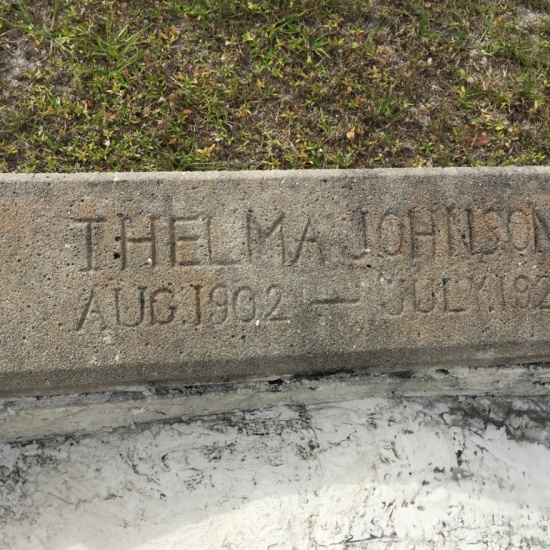 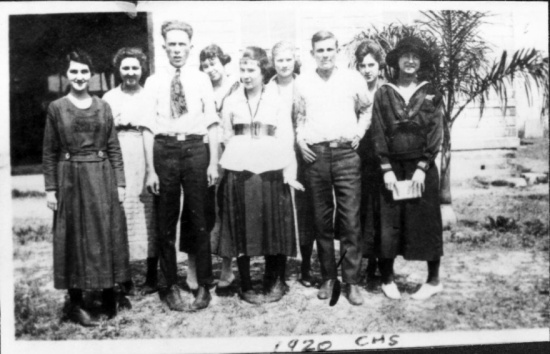 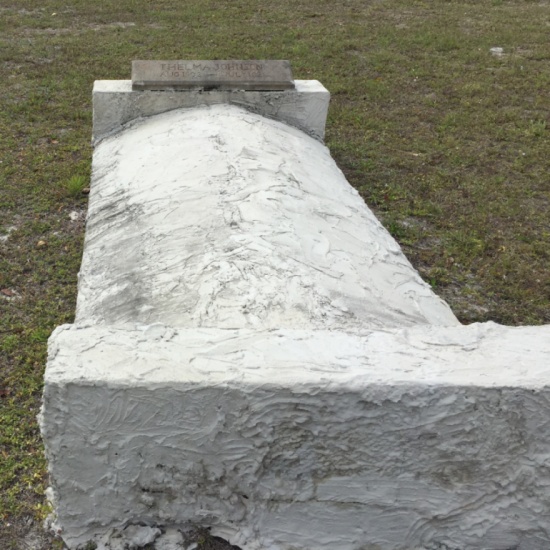