A second set of entrances consisting of 3 doors between 4 columns was designed to give the public a second means of access to and from the Town Hall (image 1).

The Town Hall or Town House was originally built in 1765 (image 2) then enlarged in 1858 (image 3). It has been used as a courtroom, a newsroom, and the Town Clerk's office. Today, this is a public area where concerts, meetings, dances and weddings can be held, although its main entrance is usually at the opposite end of the Hall via the Carriageway.

Continue by walking along Dalrymple Street to Pin 51: Site of former Fire Station. 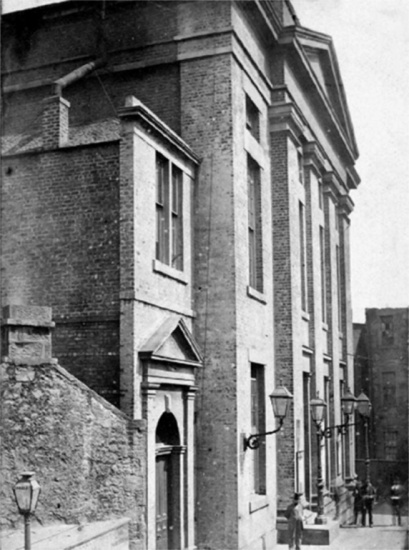 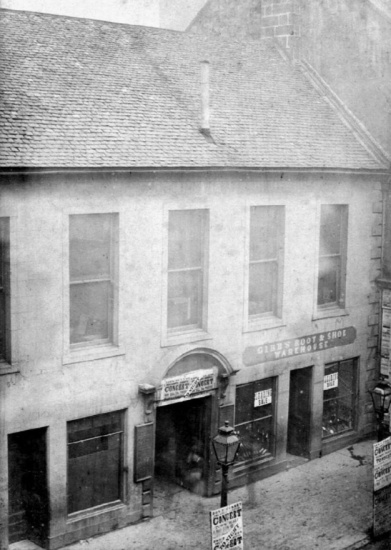 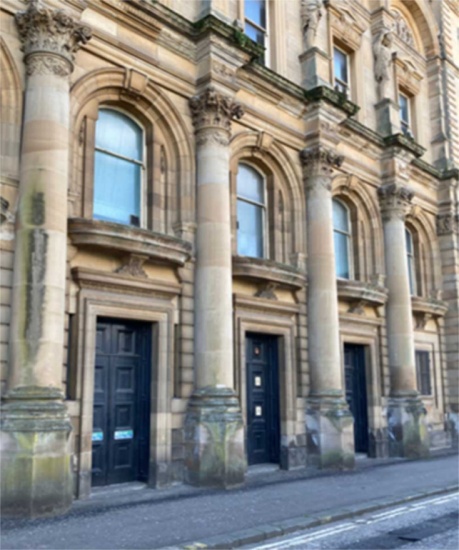