During the pandemic, it was clear that a lot of people found a sort of peace in returning to nature to help break up the routine and anxious quality that coronavirus brought into our lives. I myself found a truly healing quality in nature, specifically this hike, that was something I had not experienced before the pandemic. Maybe it was the fact that I had not been to the gym in over six months or perhaps it was a much-needed break from staring at my computer screen but my third time hiking this land was different. The air felt crisper as I moved along to the 2.6-mile marker. I began to really "take in" my surroundings and make accounts in my mind of all of my senses at that moment. Within our studies in class, we have occasionally referenced back to the idea of felt knowledge and the way it can play into native counter-mapping of a given area. The evocative power of sound has always been crucial in the development and foundation of memories, so it is no surprise that upon researching the first people of this land, the Manahoac, I found they too prioritized audial knowledge of the land. At this point in the hike, I normally find myself stopping to notice the running water of the spring that lays upheld to my left.

Upon the north face of the ridge, our trial intertwines itself over water trickling from a spring upslope. The noises of the spring light up my senses as I find myself following the sparkling shallow placid water trickle alongside me. It is also at this point that I usually feel my boots catch on a small green plant that roots itself along with the wet soil that spring brings with it. These sharp-toothed leaves though bothersome to a mere visitor myself, I have learned have had a far greater purpose for the indigenous members of the Manahoac tribe. The Manahoac, no longer in existence today, were a Siouan tribe that merged together with their Tutelo and Saponi neighbors in the 18th century (Hodge, 2012). This tribe the first indigenous tribe to settle on the land I now stand on, a mere two miles from the hike's start. Akin to the Shawanee tribe, the Manahoac people found a use for much of the flora and fauna that graced their land and as such, even found practical and medicinal purposes for this small green plant, known as a Stinging Nettle. To the Manahoac people, this plant is better known as čhanjíčahpehu, meaning sharp beak, and its purposes were great and varied according to what tribal literature was found regarding the area. Particularly the small nettles of this plant were recorded as helping to make rope and cordage frequently used in the fishing practices of the people. Moreover, details from local medicinal practitioners also note that the entire plant was often ground up into a paste that when applied to weary joints acted as a counter-irritant. 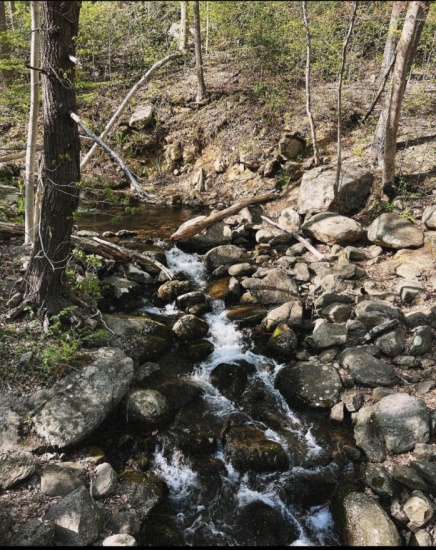