At this point, the trail goes through a short "cave." As you can tell, this is not really a cave, but rather a tremendous crack in the Old Rag Granite. And yet, it stands as a place that reminds me now of the indigenous histories that fill the land we inhabit. Though this place is settled by a different tribe, the formation alongside the mountain brings memories to mind of the intersections of life, place, and space within Natural Bridge, VA. For the Monacan nation, the bridge stands as a physical reminder of a battle won against enemies and a reward paid for by the Creator. Standing now at the precipice of the entrance, I cannot help but feel as though I have come to realize these indigenous histories originate from philosophical traditions deriving knowledge from the land. I wonder in the present moment if the Manahoac tribe, who surely walked among these stones, too had stories that explained the physicality of the land. If these stories did exist they have been rewritten by Western colonizers and have forced an entirely new generation to implore their own histories of place and being. 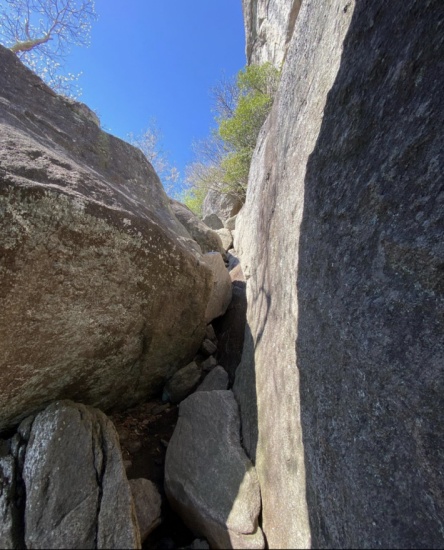 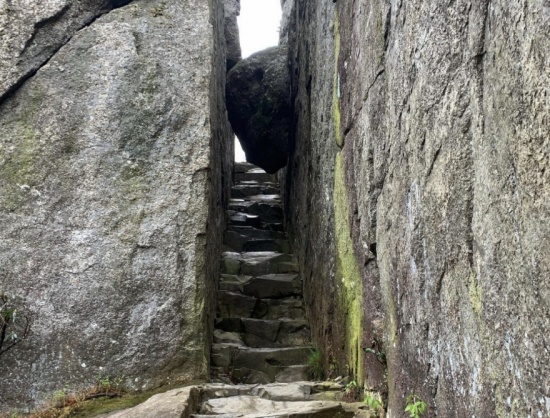