The settlement of Shaw is called 'Sagas' in the oldest written reference to it in 1080. It was called 'Essages' in Domesday Book of 1086, which means a small wood. When Thomas Dolman I bought the Manor of Shaw in 1554, it included the medieval manor house, lots of land and a deer park to its west. The old manor house may be the long building shown to the west of Shaw House on the Speen Manor map, but it had been demolished probably by the beginning of the 19th century and its exact location has never been identified.

During the Second World War (1939-45), on 10 February 1943, Newbury was bombed and the Senior Council School near the railway station was hit. Because Shaw House was not being used by a family at that time, the decision was made to move the school pupils there and to found Shaw House School. New buildings were built, but the opportunity to investigate where the old manor house had been was not taken when Shaw House School’s Astley Building was built in 1964. If the medieval manor was there, it is likely that it has now been completely destroyed. There is now much better guidance in place to encourage developers (people who want to build things) to be more aware of the historic environment and possible archaeology when they submit planning applications.

Shaw House was used as a school until 1985 when there were worries about the condition of the building. The decision was made to build a new school within the grounds, and to replace both Shaw House School and nearby Turnpike School. This new, third school was called Trinity School and opened in 1999. Trinity School and the other buildings to the west of it are probably on what had been the deer park and if you look carefully at the trees on the school grounds, you may spot old yew trees and other species that were once part of Shaw House’s grand gardens.

If you would like to find out more about Newbury's Second World War history, West Berkshire Museum and Greenham Common Control Tower have created this trail, also on PocketSights!

Go left and around the end of the metal fence onto the pavement, then go along the pavement of Church Road towards the church. Carefully cross the road and go through the lych gate into the churchyard. 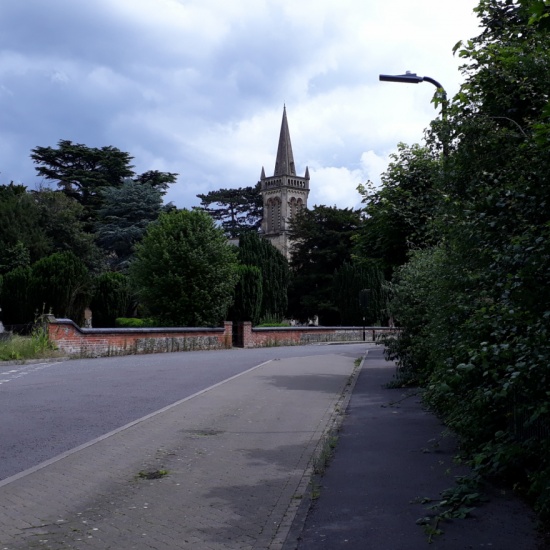 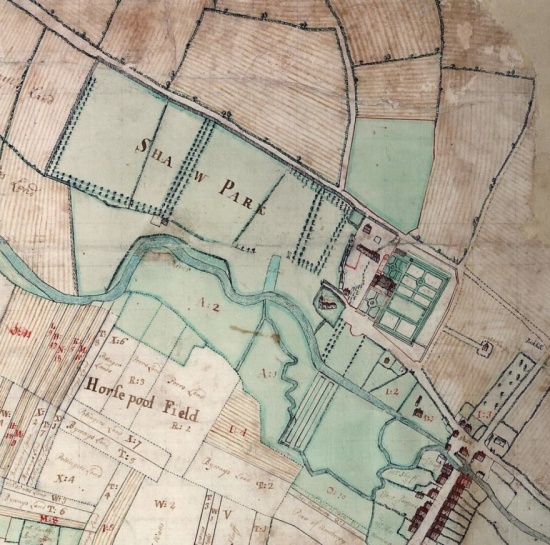 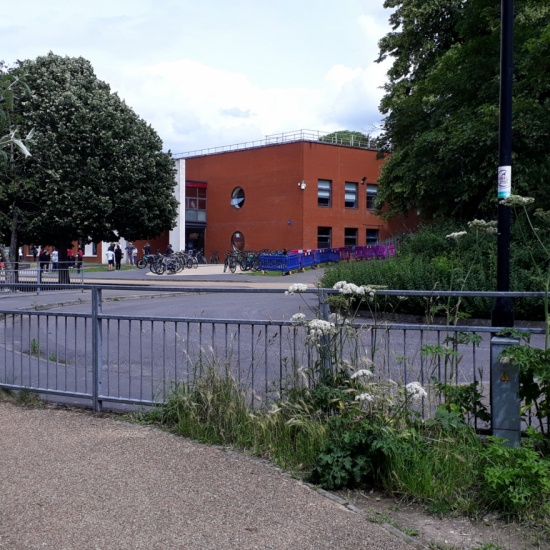