Union Hall Academy itself no longer exists, but its historic site is now across the street from a York College entrance and the location of what was the Union Hall Street Station on the Long Island Railroad. Today, Union Hall Academy is memorialized by a plaque on the sidewalk (see images), which reads:

"Founded in 1792, the main building of this prestigious academy for young men and women stood here from 1820 until 1872 when the school was closed. It was named Union Hall because it was established through the united efforts of the residents of Jamaica, Newtown, and Flushing. Students came to the school from all over Long Island as well as other parts of the country and boarded with families in Jamaica Village."

Union Hall was a state-funded school, arguably for the privileged. Many children of prominent white citizens attended Union Hall Academy in the 19th century, including Rufus King's sons. One of those sons, his eldest John Alsop King (who became Governor of New York in 1857 and an abolitionist in his own right), did eventually help to finance a wing for Black students at the academy.

Entering the 1840s, prominent Black activists in New York like Wilson Rantous began to stress the restoration of unbridled suffrage to citizens of color within the state.

Even though most white New Yorkers were against Black suffrage, under New York State's 1777 constitution there were no specific restrictions to suffrage based on race -- that was, until a single, predominantly Black ward tipped an election in favor of the (often anti-slavery) Federalist Party in 1800. As a result, the opposing Democratic-Republican Party began to push for restrictions to Black voting, and some successfully passed the state legislature. This, coupled with white apprehension over the entrance of Black people into "their" free society, led many white New Yorkers to argue that Black people should not be considered full Citizens.

On March 13th, 1821, restrictions were officially codified in the State's new Constitution. Article 2, section 1 of the 1821 Constitution stated that:

...“no man of colour, unless he shall have been for three years a citizen of this state, and for one year next preceding any election, shall be seized and possessed of a freehold estate of the value of two hundred and fifty dollars, over and above all debts and incumbrances charged theron; and shall have been actually rated, and paid tax theron, shall be entitled to vote at such election.”

To make matters even more unfair, only four years after erecting voting restrictions on citizens of color, the State removed property requirements and reduced residency requirements to only a single year for white citizens. The 1821 Constitution ensured that a majority of people of color in New York were denied enfranchisement before some could even claim their freedom under gradual emancipation. Being locked out of “political citizenship,” most citizens of color turned their attention towards pushing for the recognition of their right to participate in governance.

Two hundred fifty dollars of property doesn't sound like much, but it was nearly impossible for most early-19th century Black New Yorkers to achieve.

Nevertheless, some did achieve it! Remember Wilson Rantous' approximately $250 property purchase when he formed Douglaston? That's right -- he purchased exactly enough property to be able to vote in New York State. He was one of only three to five Black men in Jamaica Village who could.

But Wilson didn't stop with his own rights! On April 4, 1840, a call was published in the Colored American for a Convention to take place in Jamaica Village in regards to “elevating the condition of the people of color on this [Long] Island.” The call asked for the temperance societies of Newton, Flushing, and Brooklyn to send three delegates each to be represented at the convention. The Jamaica Convention convened on April 27th, 1840, at what is called “Academy in Washington Street,” this may be referring to St. Mark’s, but is more likely the village’s boarding school -- Union Hall Academy. Samuel Berry, Rantous' friend and colleague, was one of the undersigners of the Convention. The Convention concluded with the following Declaration:

"We, the colored citizens of the State of New York, being disfranchised, conceive it to be our solemn duty to exert ourselves by the use of all legitimate means, to obtain redress.

We labor under political disenfranchisement, and suffer from a discriminating policy of legislation.

We are debarred from the fountains of literature;- these avenues to the arts and sciences which in justice ought to be open to all classes, are closed against us.

We are wronged and insulted by the proprietors of public conveyances in denying us those accommodations which they promise travellers, in consideration of their money.

We are outraged by a system of public caste, which reigns through all orders of the community, the sanctuary of the Most High not omitted.

We will therefore exert our energies in the use of all rightful reasonable means, to correct the abuses to which we have referred. We owe this to our God, our country, and to ourselves; and with a view to direct our energies more effectually in maturing and using means, we determine and agree to assemble by our delegates in Convention from year to year, till our object is gained, and that the first State Convention be held at Troy, on the first Monday in September next.

Resolved, That each city and town hereafter sending delegates to the Convention, be required to pay into the treasury a sum equal to two cents per head.

Resolved, That one object of the Convention shall be to appoint and support an agency to inquire into the state of our people as to schools, temperance, &c.

Resolved, That the Colored American, published in New York, by C. B. Ray, ought to be regarded by every colored citizen as their own paper, and it is the sentiment of this Convention that Mr. Ray is entitled to the support of every Colored American."

We don't have any documented evidence that Wilson Rantous attended this Convention in Jamaica, but it's extremely probable that he did since we know that Wilson Rantous (along with his friend Samuel Berry) served as a representative of Jamaica Village at the second meeting of this Convention prior to the Statewide Convention. The Jamaica Convention was the first of its kind in the State of New York, and was the origins of what would become an annual meeting of citizens of color statewide. 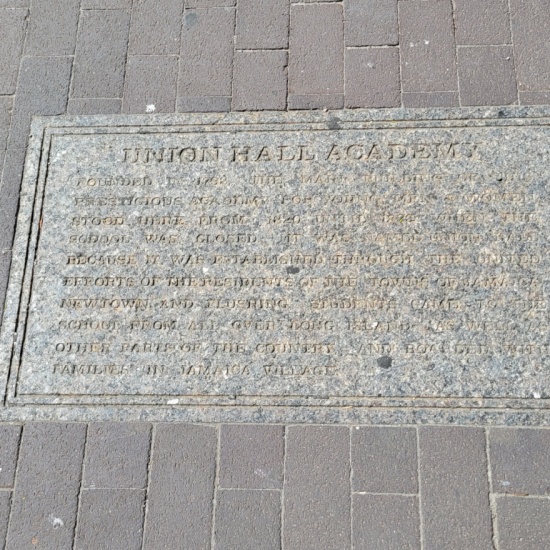 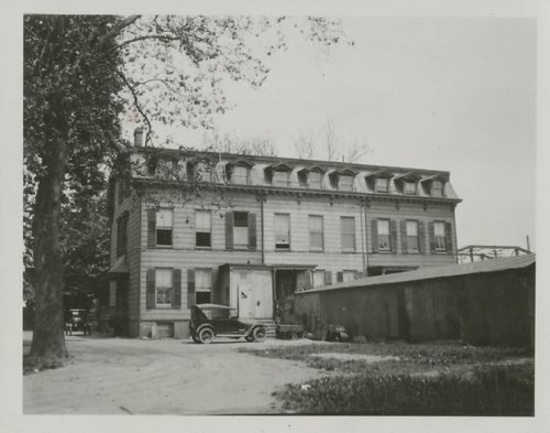 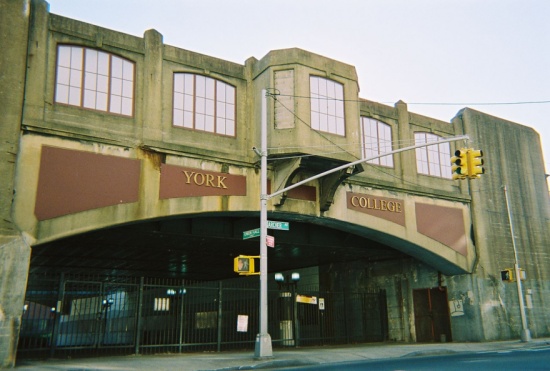