The original stone building, constructed circa 1890, was a monument house and tombstone cutting business, which had no windows or front door. R.H. Whaley would later run it as a pharmacy until Mike Bennett bought it in 1924 and established an ice cream parlour. His son, Bruce, operated a magazine shop and confectionary until his death in 1996. 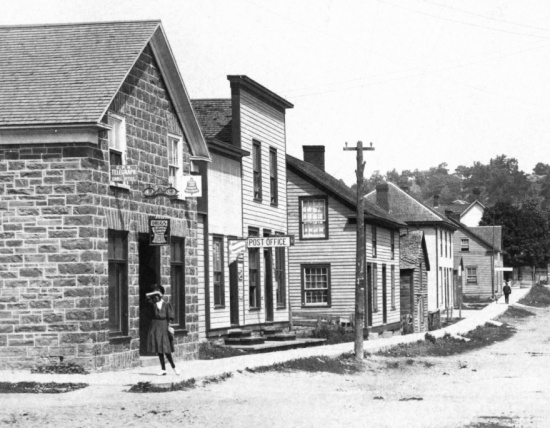 Vanilla Bean's Cafe & Creamery ~ 34 Main Street
Photo By: At the time of this photo, the building housed the shop of R.H. Whaley where you could purchase pharmaceuticals and eye glasses, make telephone calls, and send telegraphs and cables. Westport's original post office can be seen next door, which is the current location of Vanilla Bean's patio.