Looking south along Willen Road, back into the village, the view is once again suburban. The church tower is visible in the centre of the picture, but the modern garages and lamp-post on the right give no hint of what it was like earlier in the twentieth century or even before that. Ivy Cottage's hipped gable end is just visible on the left.

In the early twentieth century, there was a group of much older buildings on the right of the picture opposite Ivy Cottage. There were three cottages in a block with a further one attached at the back. These were probably of seventeenth century origin, although much modified. They were all set back a short distance from the road, and were thus able to have cottage gardens at the front. There were small barns also on the right, and in the middle distance (just behind the car) you can see the Victorian villa called Sunnyside, which was used for a time as the Estate Office by the Society of Merchant Venturers. This still exists (although not visible because of trees on the modern photograph). As today, the church dominated the view and the flagpole has been replaced. 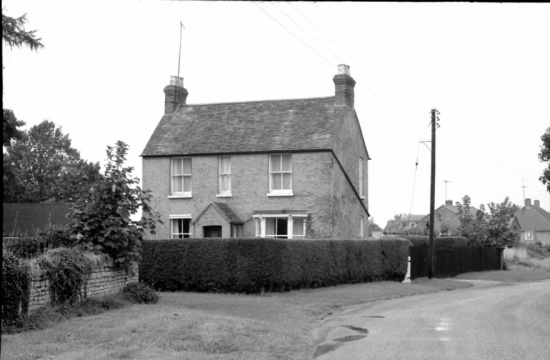 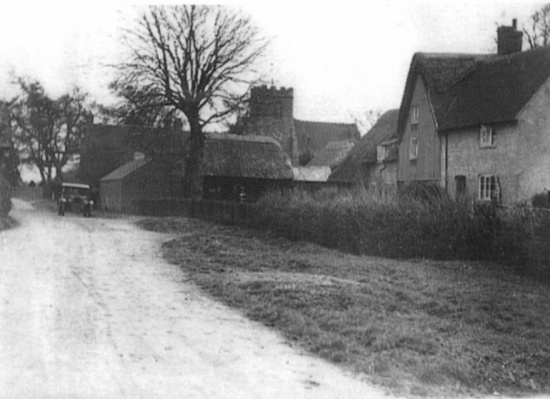 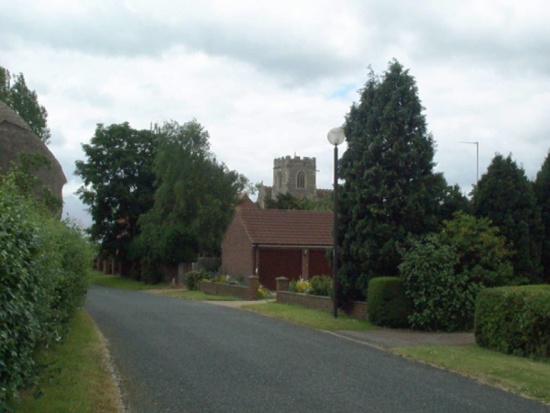