The current view of the Swan shows Nurse's Cottage on the left. Both buildings probably date from the early seventeenth century and have similar timber framed construction. Like most buildings in the village, the Swan was owned by the Finch Family (from 1677-1939) and latterly by the Society of Merchant Venturers. It was sold by them to JW Green Ltd the Luton brewery in 1952 because it needed considerable expenditure to bring it up to the standard required by modern hygiene regulations. It is recorded in the minutes of the Society that they had considered changing the name to the Merchant's Arms, but this proposal seems to have been dropped when the Inn was sold.

The older picture shows road layout between the Swan and Nurse's Cottage was rather different seventy years earlier, and there were no urban kerbstones or footpaths. There was a signpost on the small triangular patch of grass outside the Swan indicating the directions to Willen, Broughton and Walton. There was a story attached to the large tree to the right which predicted that if it ever fell, there would be no more boy children born in the village. Unluckily for Milton Keynes it was an elm and succumbed to Dutch elm disease. Fortunately the legend has been proved wrong! 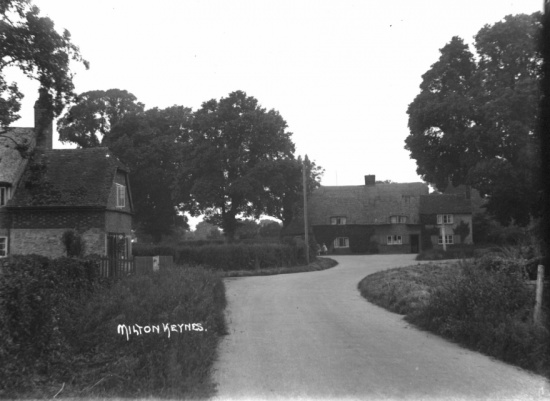 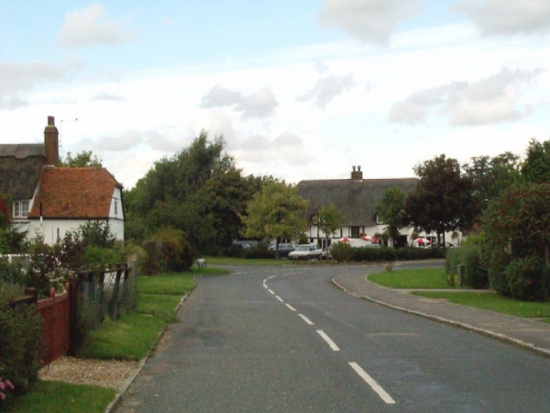