Punta Gorda was founded in 1883 by Colonel Isaac and Virginia Taylor Trabue. The town originally was called Trabue and the streets were named after family members. The intersection of Virginia Avenue and Taylor Street honors the kind and beloved town co-founder.

Virginia grew up in an affluent family of Savannah, Georgia. She was well-educated, including art and music. Her mother, Charlotte Scarbrough Taylor, was interested in insects and became the first woman entomologist in the United States. In those days, before cameras, scientists had to be talented artists in order to depict the natural world. Virginia and her younger sister Agnes assisted their mother in her illustrations. After their father, James Taylor, died, the mother and daughters traveled to the British Isles to study insects on plantations on the Isle of Man. Virginia made her way to New York City and met Isaac Trabue during that time since he was also in the area stationed at Riker's Island which was a military training ground during the Civil War. They married in the summer of 1865 at Chapin’s Church in Broadway by Rev. Edwin H. Chapin. Both were in their early-30s at the time of their marriage.

Colonel Trabue was a very intelligent man, but also prone to sarcasm coupled with a fiery temper. Some townsfolk disliked him, but to the same degree they hated Isaac, they loved Virginia. She was gracious, kind, and an accomplished pianist and singer.

After Isaac's death in 1907, Virginia remained in Punta Gorda as long as she could. But old age and lack of financial resources led her to relocate to the home of a nephew in Reform, Alabama. Virginia died July 4, 1924. She wished to be buried at Indian Spring Cemetery in Punta Gorda. At this point the story gets muddled. It is said her body was shipped back to Punta Gorda but it took several years for a marker to be placed upon her grave. Some believe her body was never interred.

The placement of the headstones of Francis Kemper Adams and Mary Eloise Adams is very peculiar. If a headstone is placed at the head of the grave then it would appear the Adams and Virginia are buried in the same plot!

Francis Adams came from Wisconsin where he was a successful farmer. The people of Punta Gorda obviously thought highly of him because he was elected to the position of judge in Punta Gorda. Judge Adams is a character in the story The Spiritualists in the book Ghost Stories of Punta Gorda, available locally at Sandman Book Company, Copperfish Books and online at Amazon.com. 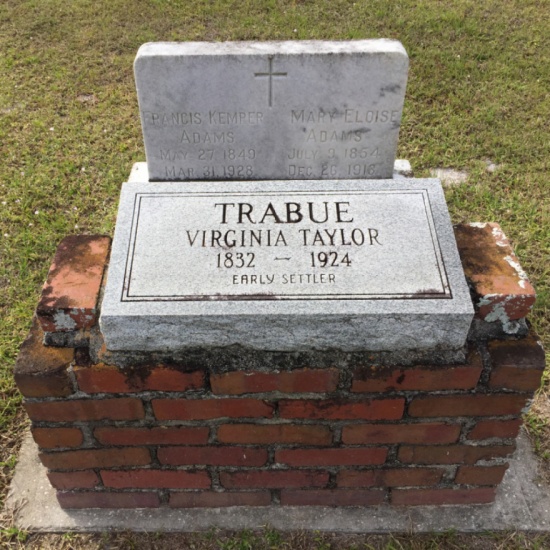 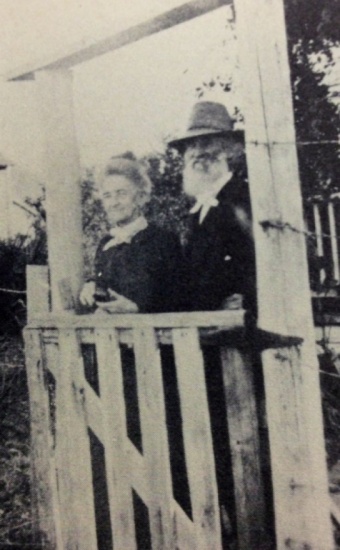 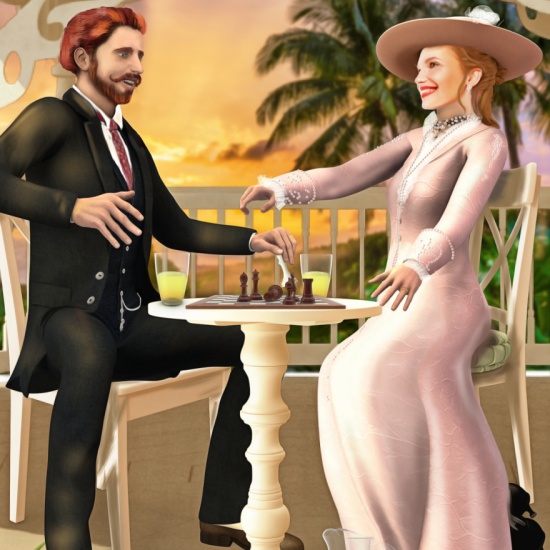