From a hole in the wall to doughnut holes, Voodoo Doughnut has become world famous since its 2003 founding.

"Within a month of opening, Voodoo Doughnut received its first mention in the national press.

Voodoo Doughnut opened its second location in 2008 and as of 2020, has nine locations in five states, most recently opening their second Texas location in the Buffalo Heights neighborhood of Houston. More often than not, the stores have a line not just out the door, but around the block."

From Voodoo Doughnut history at https://www.voodoodoughnut.com/the-voodoo-doughnut-story/

This point of interest is part of the tour: The Green Loop, Cart Blocks, and Voodoo Doughnut Portland 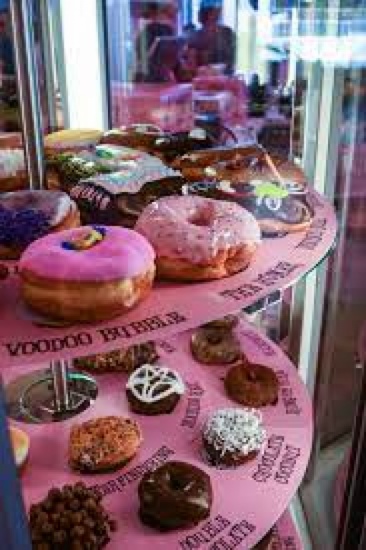