Originally built as the St. Joseph’s Seminary chapel in 1933, the building was acquired by Rensselaer in 1958 and used as the campus library for the next 18 years. In the mid-1970s the Seminary’s main structure was razed and the Folsom Library replaced it on the same site.

When the library was completed in 1976, a plan was initiated to build a new computing center to replace the chapel. Due to interest by the faculty and students in its unique architecture, the building was instead renovated in 1979.

The VCC was named the Alan M. Voorhees Computing Center in honor of a 1947 alumnus who was a major donor to the renovation project.

This point of interest is part of the tour: Rensselaer Polytechnic Institute Campus Free Roam Tour 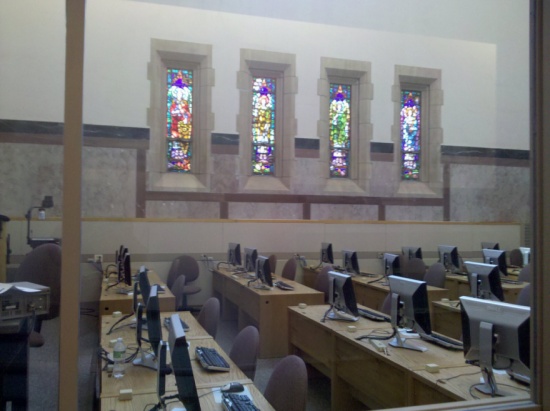