"Voyage to Soulville," the mural on Austin Public Library's Carver Branch depicts a metaphorical "voyage through the discovery of black identity," according to the library. The colorful, large-scale work, created in 1986 by John Fisher, shows a black community making that journey from pre-Columbian to present times. In 1999, the mural was restored by the original artist. 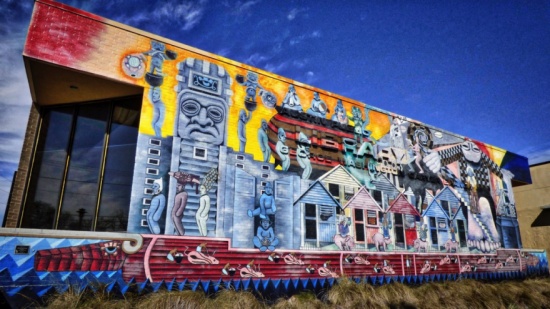