This steel span bridge was built in 1907 to replace the wooden Garden Bridge that once connected the American Settlement north of the Suzhou Creek to the British Concession. On the north side of the bridge, you can see a number of colonial holdovers: to the left (west), the former Broadway Mansions (now Shanghai Mansions), an Art Deco apartment building constructed in 1934, which later housed the Foreign Correspondents Club after World War II; and to the right on the north side of the street, the marvelous old Astor House Hotel, built in 1860 and reconstructed in 1906. The hotel was the first to use telephones and electric lights in China. Albert Einstein stayed here in 1921 and 1923 (and you can, too, in his former room, in today's Pujiang Hotel). South of the Pujiang is the former and again current Russian Consulate, built in 1917, which served as a seamen's hotel in intervening years.

From the southeastern end of the bridge, looking south, you will find yourself at the beginning of the refurbished: 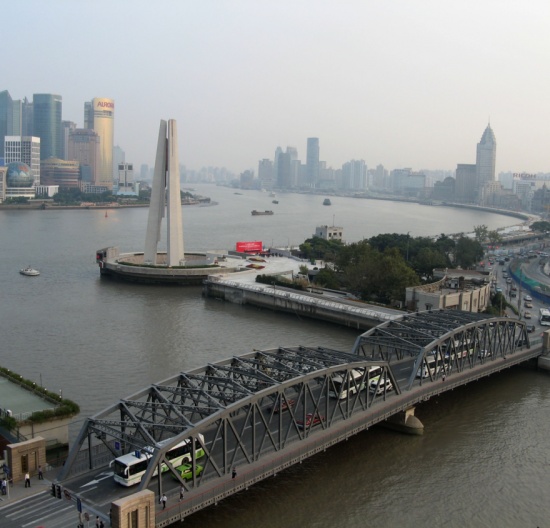