The former home of Dr. Ensign McChesney, Dean of the College of Fine Arts, 1899-1905, the property originally included a barn. It later served as McChesney Cottage, a women's residence. In 1943, the residents, along with women from four other cottages, had to relocate to other living quarters in order to accommodate incoming Army air crew students. In 1989 the house was sold to Kappa Phi Delta fraternity, only to be repurchased in 2002 by SU when the chapter closed. 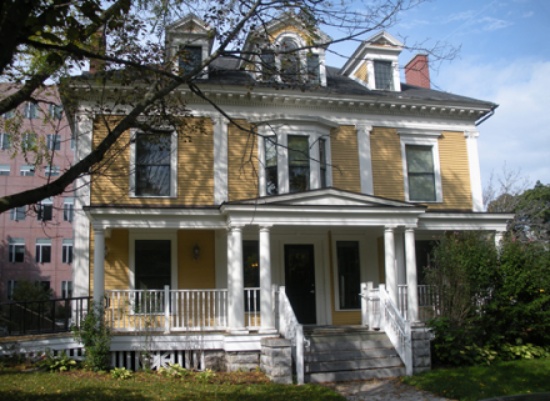