The red sandstone building next to the Dutch Gable House was part of the expansion to the Watt Memorial Engineering and Navigation School. The original entrance is around the corner in Dalrymple Street.

The School originally opened in 1908 in just two rooms, one on top of the other, following a donation of £10,000 by Scottish-American philanthropist Andrew Carnegie. His donation recognised the critical role played by James Watt's development of the steam engine in driving forward the industrial revolution.

The school was built opposite the site of the house in William Street where James Watt was born on 19th January, 1736 (image 2).

Having expanded into this adjacent building, it eventually outgrew this space and moved to a new building in Finnart Street in 1972 and become the James Watt College. It is currently part of the West College Scotland. 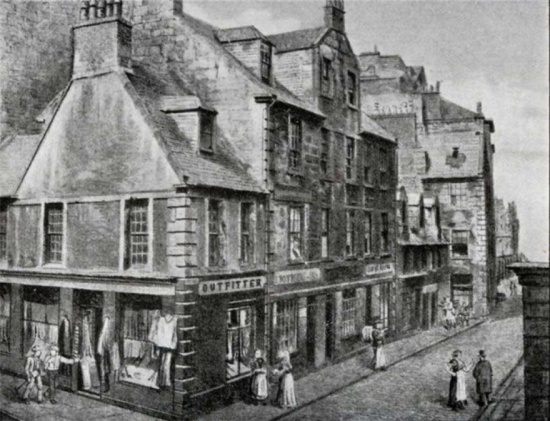 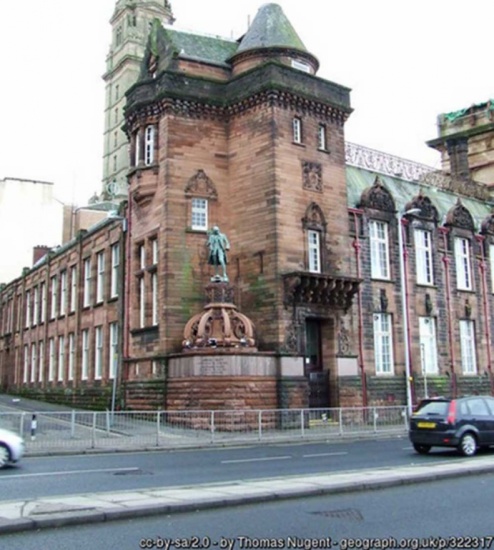