The Wayzata Theater opened in 1932 under the ownership of Lyle Carisch and Raymond Lee. It was designed to look modern with a flashy marquee, sloping floor, and a green, gold, and black color scheme. The theater was cooled by misting water, which made the lobby floor slippery during the summer months. Tickets were $0.35 for adults and $0.10 for children and were originally the theater’s only source of revenue – there were no concessions at the theater until the 1940s, so early customers had to buy snacks at nearby stores. The theater continued to be a popular destination among locals until its closing in 1985. A marquee similar to the original in now located farther east and marks the entrance to Marquee Place. 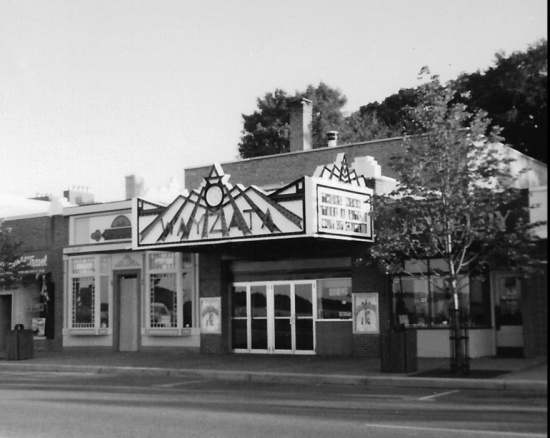