Wing & Mulville's General Store, constructed in the 1880s by Wm. Garrett, managed to survive the fires of the early 1900s. The blaze which destroyed The Wardrobe House across the street was recorded in local newspapers where it stated that, "the brick store of M.E. Mulville was in the path of the flames, but escaped with a scorching". 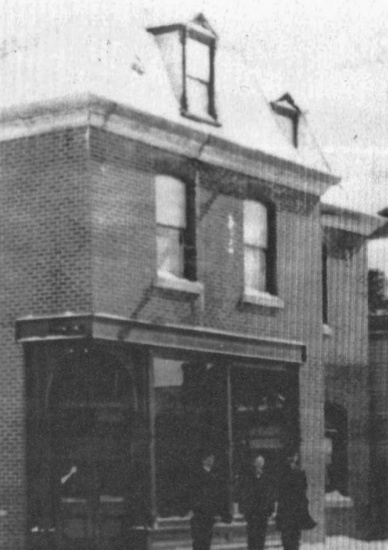