Built in 1872-1873 as a school for the area's children, it served primary grades through high school. It closed in the late 1960s, as rural populations dwindled and roads improved so that rural children were sent to school in nearby towns. Soon after its, closing, the city of White Cloud allowed the local historic society to use it as a museum, and the Ma-Hush-Kah Historical Society was organized. Mah-Hush-Kah is a phonetic spelling of the name of Mahaska II, "White Cloud" (ca. 1810-1851), the chief of the Iowa Tribe for many years. The museum focuses on the history of White Cloud and the area.

The museum is open to the general public twice a year, during the two Flea Markets, but arrangements can be made for visitors at other times. Check out what's happening on the society's Facebook page, Ma-Hush-Kah Historical Society. 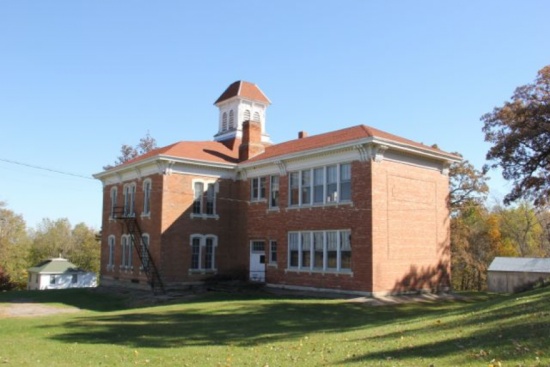