Here at the Department of Agriculture, we are close to the eastern edge of the Capitol Complex and in front of one of the most unusual-looking buildings on the street. It’s done in a style called Richardsonian Romanesque, the most famous example of which is Trinity Church in Copley Square, Boston. It’s maybe a bit disappointing to hear it wasn’t once the fabulous mansion of a Montpelier millionaire. It was built to be one of the headquarters buildings that National Life moved into and grew out of. This one was particularly special though because its original interior was a marvelous mixture of mahogany, Egyptian mosaic tiles, and marble. It also featured one of Vermont’s first elevators. It was kept in use until 1981, much to the terror of any state worker who had to use it. Some of all that good stuff is still visible, although it’s been chopped up quite a bit to fit more offices. 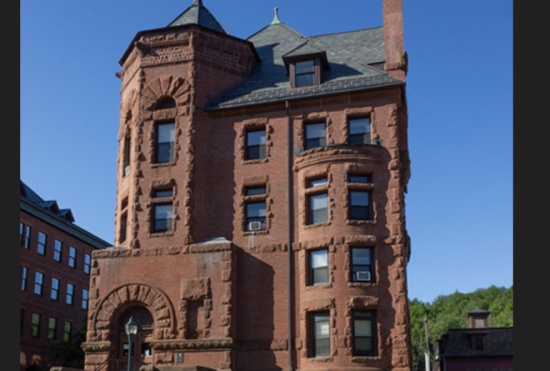