The Wiley Cottage is a good example of a stick style cottage. The shutters with the flowers are original and are a real favorite for people walking through the neighborhood. The Wileys lived in this cottage and built the two stick style cottages to the east for rental properties. At some point the Catholic Church owned the house which was true to several houses in the neighborhood. During the 1970s the James Whitcomb Riley Foundation owned the house and Mrs. Trabue, the caretaker of the Riley House Museum lived there. It sold when she no longer was caretaker and in the early 2000s, it was totally updated on the inside and a sensitive addition was added to the rear. 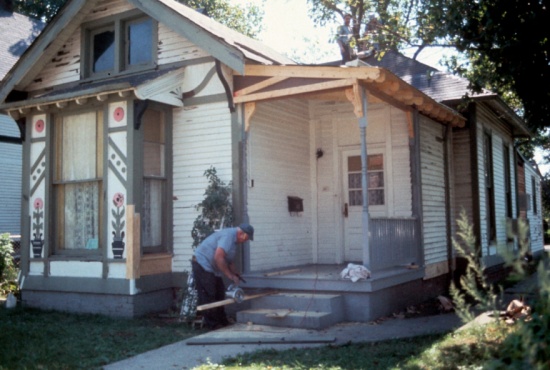 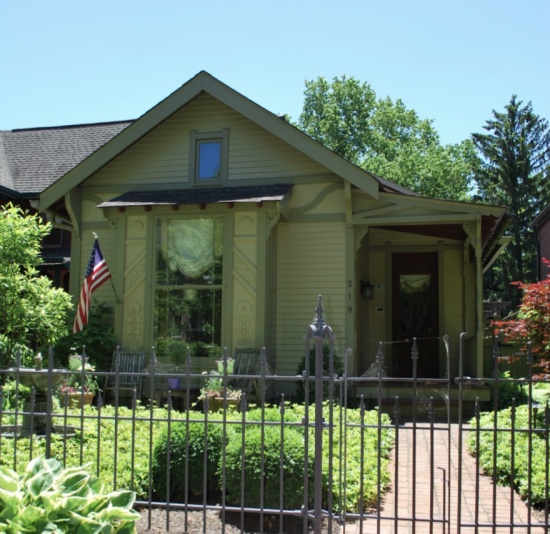