Sometime on the night of April 21, 1916, a fire of suspicious and “incendiary” origin started in a wool mill owned by Benjamin Rightmires. The fire migrated from the mill to the shed and ice house of Frank Mulks, and then to Mulks’ house and the post office nearby. Support was immediately requested from Ithaca, and Fire Company No. 5 was dispatched. However, due to some miscommunication, the fire engine was well on its way to Slaterville Springs before they realized they were headed in the wrong direction. The engine and firefighters arrived almost an hour after they were called. By that point, nearly two hundred Ithacans had driven to Brooktondale to help in the bucket brigade. The engine was unable to pump water from the creek, so the Ithaca firefighters joined the community effort to put out the blaze. The fire smouldered all night and into the morning in the rubble of the woolen mill.

The location of Brookton's Market held the post office and a store since 1880. In the 1890's Frank Mulk became proprietor, and the Mulk family maintained the market until 1924. 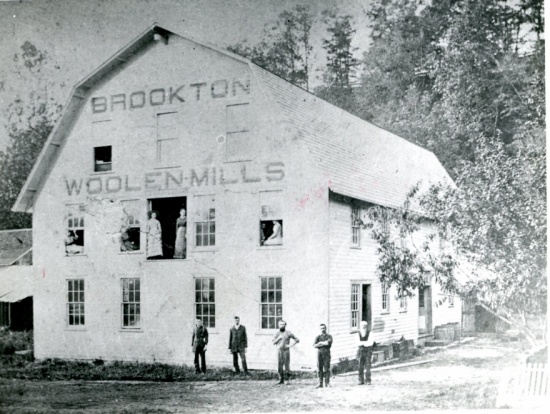