An African-American History of Downtown Greenville

Located on the corner of West Washington and North Main street, you are standing where we Greenville locals used to shop at Woolworth’s. Inspired by the Greensboro, North Carolina sit-ins, Woolworth’s became a national place to challenge “whites only” facilities. Here in Greenville, lunch counter protests lasted three weeks in July and August of 1960. Sterling High School students and graduates challenged the policies of Woolworth’s, H.T. Grants, and S.H. Kress & Co. department stores. While there remains little evidence of the Woolworth store itself, the corner where it once stood is now called Sterling Square and houses a statue depicting two Sterling High School students walking down school steps and into a brighter future.

This point of interest is part of the tour: An African-American History of Downtown Greenville 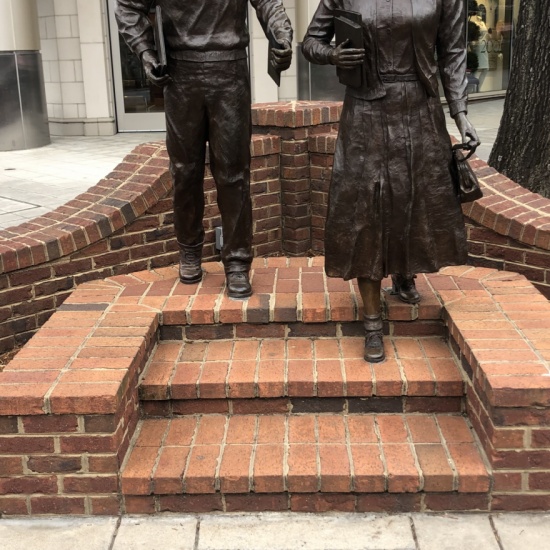 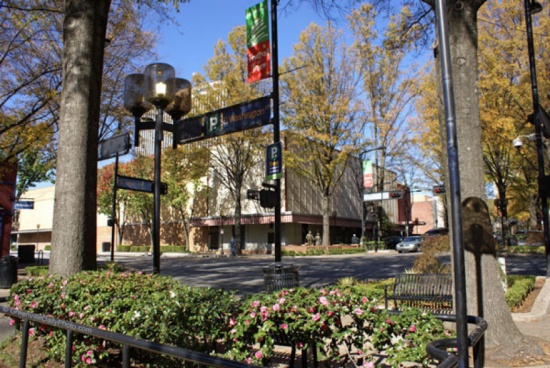 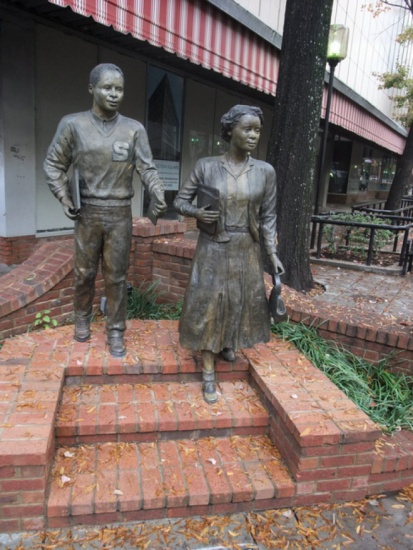