Downtown Henniker - The 1936 Flood and Aftermath

Walking tour of the 1936 flood devastation in downtown Henniker.

Downtown Henniker - The 1936 Flood and Aftermath

In March 1936, an unusually warm and wet weather pattern set up over the northeast. Three separate weather systems passed over New England in a 2-week period. The result was a rapid thaw of snow and ice that had accumulated over a colder than normal winter. Catastrophic flooding and erosion occurred on every watershed throughout the region. Lives were lost and many were left homeless across New England.

This record setting flood was equaled a mere two years later during the catastrophic Hurricane of 1938. As a result, the U.S. Congress passed a Flood Control Act which locally became the U.S. Army Corps of Engineers Hopkinton-Everett Dam project.

The town of Henniker, with its numerous water bodies, was significantly impacted by the flood event. There was severe flooding of low lying areas all along the Contoocook River from Old Concord and River roads to West Henniker village. Property loss was significant. Most notable, was the destruction of the steel bridge along Ramsdell Road (formerly Commercial Street) on March 19, 1936.

For those physically participating in the walking tour, park in the lower public lot along the river’s edge behind the Main Street commercial buildings.To access the parking area from the intersection of Route 114 and Main Street, go south on Route 114 approximately 100 feet and take the entrance on your left just before crossing the stone bridge. The tour is 0.61 miles in length.

As you are standing in the parking lot, look to the right or upstream to view Location 1 on this tour. The Edna Dean Proctor Bridge is the town’s iconic double arch stone bridge which was originally built in 1835. This photo is a good rep... Read more
2

Location 2 is directly across the river on the inside of the sharp bend in the Contoocook River. The rambling set of buildings in the photo were collectively known, in the 1930s, as the Henniker Handle Company. The Handle Company made tur... Read more
3

Proceed to Location 3 by ascending the steps in the parking area up to the Main Street sidewalk. Or you may follow the sidewalk to the bridge. Walk right about 100 yards until you get to Main Street.  Take a right onto Main Street and walk... Read more
4

Continue your route south on Ramsdell Road until you come to the narrow grassy area on your left. Location 4 is the site where three spacious homes with outbuildings were nestled between the sandy slope and Ramsdell Road in 1936. House #1 w... Read more
5

Continue your route south, stopping at the steel bridge on Ramsdell Road. Location 5 is the former site of the Norton Fiberboard Manufacturing. Fiberboard products were used in the shoe industry in the making of soles. The mill was at the ... Read more
6

Proceed across the steel bridge using the sidewalk for safety. Location 6 is the steel bridge, also known as the Leatherboard Bridge, at the lower falls area. This spot on the Contoocook River was a frequent crossing point of early settlers... Read more 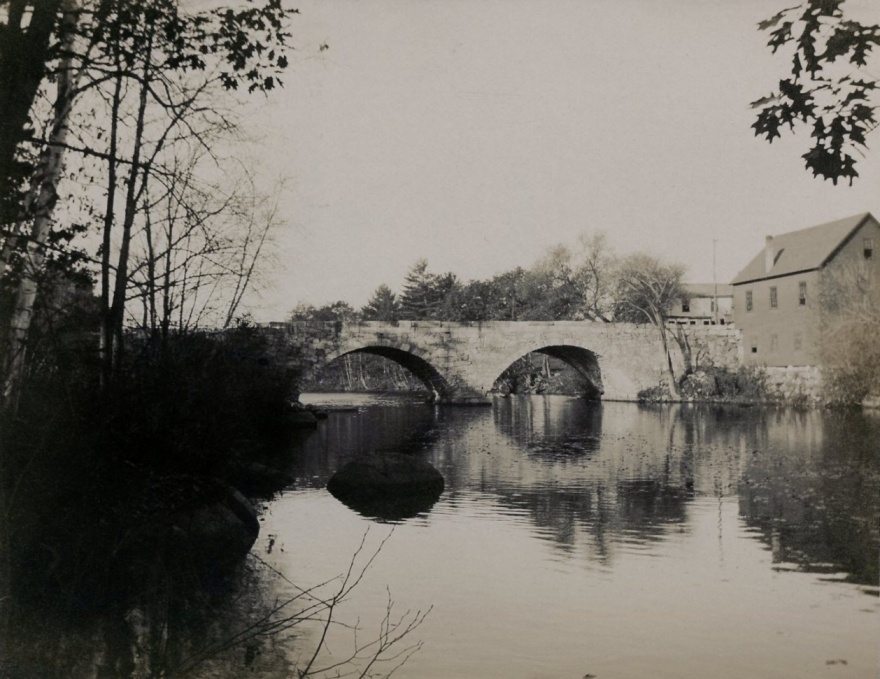 Downtown Henniker - The 1936 Flood and Aftermath
Photo By: Before 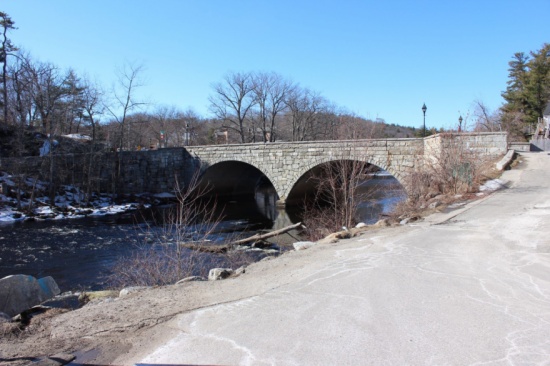 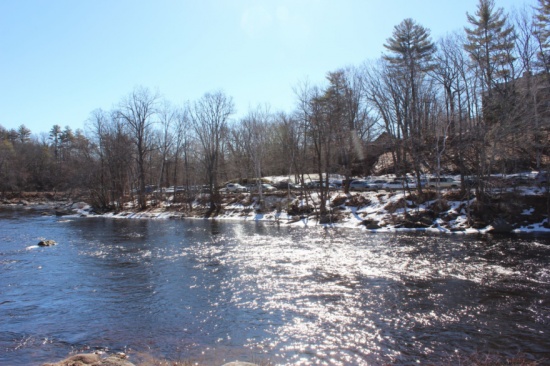 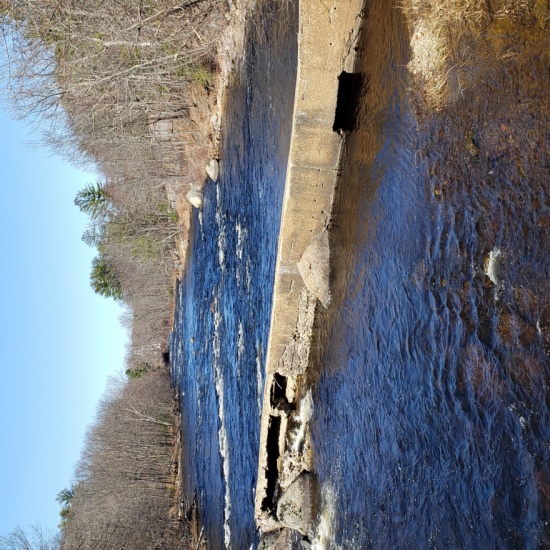 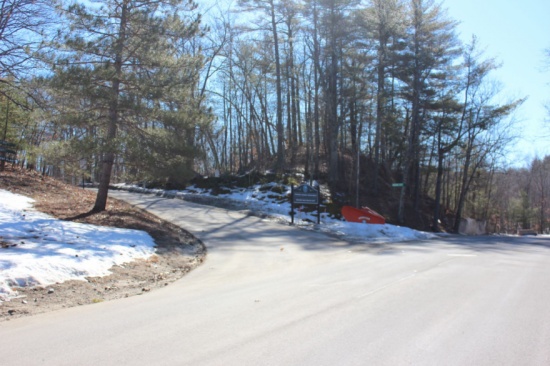 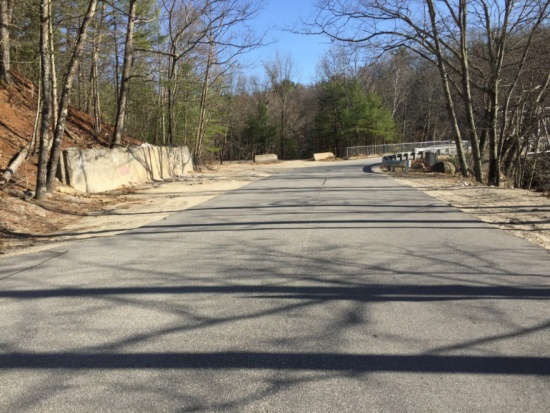 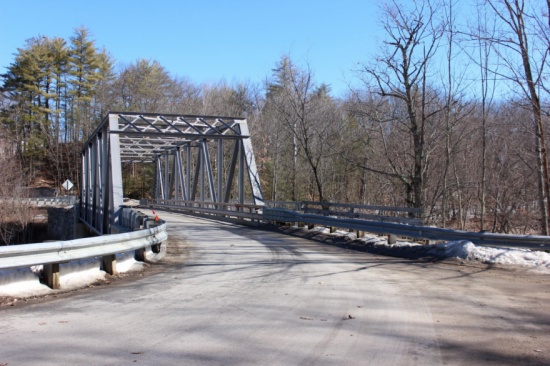