Ransom Place is one of Indianapolis' historic African American districts.

Historic Ransom Place, one of the oldest surviving districts associated with African Americans in the State of Indiana, stands as testament to a much larger community that once stretched from Military Park to 16th St and from the White River to Capitol St. Anchored by Dr. Martin Luther King Jr. Street (MLK) and Indiana Ave, the seven block near westside neighborhood is recognized locally and nationally for its vernacular Queen Anne, Four Square and Shotgun homes built on small narrow lots between 1875 and the early 1900s. Named one the most culturally significant neighborhoods in Indianapolis, Historic Ransom Place was the first black neighborhood in the State of Indiana placed on the National Register of Historic Places in 1992.

Although the area west of downtown was included in the first plans of the city (1821), it remained unsettled for almost two decades. Early settlers shunned the westside, a low-lying area prone to flooding due to its proximity to White River and Fall Creek. However the area begin to develop with the arrival of large numbers of free and enslaved Blacks and poor European immigrants.

The area remained a strong, vibrant community for 80 years non withstanding successive “displacement by demolition” urban renewal schemes advanced by public officials whose goal was to remove Black residents. In 1945, the Indianapolis Redevelopment Commission was formed ostensibly to preserve and rehabilitate neighborhoods in danger of becoming blighted. The area from 10th to 16th Streets and West (MLK) and Milburn Streets, known as Project A, was the first neighborhood for slated for redevelopment.

However over fierce opposition the Commission’s first act was to demolish over 300 homes, many in good condition to make way for new residential development like the Flanner House Homes a sweat equity project that built 180 modern, tract homes just north of Crispus Attucks High School. As a direct result of a fierce public outcry, the city changed course embracing preservation rather demolition south of 10th St installing sewers, electricity, sidewalks and repairing homes.

The property owners in the 1200 and 1000 Blocks of MLK Street banded together, and with the help of Attorney Cary Jacobs and Henry Fleming, a political operative, were able to save their homes against all odds. Today only two churches and three houses remain. Greater Gethsemane Missionary Baptist Church was established in 1939, the current building was erected in 1979. St. Philip’s Episcopal Church dates back to 1905, the current church built in 1986 was designed by the renowned architect Wollens Evans.

Year Built: 1975 Architecture Style: Gable Front Key Features: Clapboard Siding Symmetrical Design Brackets on Roof Line This home was original a single family home, but has since been converted into a double home. The front porch was close... Read more
4

Year Built: 1875 Architecture Style: Shotgun with Queen Anee Detialing Key Features: Spindlework Frieze on Porch Tri-Color Painting One Room Width There is a second story addition on the back of the house. This house is "twins" with its ne... Read more
13

The homes along Paca street are infill, market rate homes built with subsidies. They were constructed in the late 1990s and have slightly larger lots than the older homes in the area.  The infill housing on Paca Street was compromise of so... Read more
18

This pocket park was part of the Keep Indianapolis Beautiful and Indianapolis Power and Light "Project Green Spaces" in 2016, which was funded by the Lacy Foundation. The small park was designed by the Synthesis Group and photo panels wer... Read more 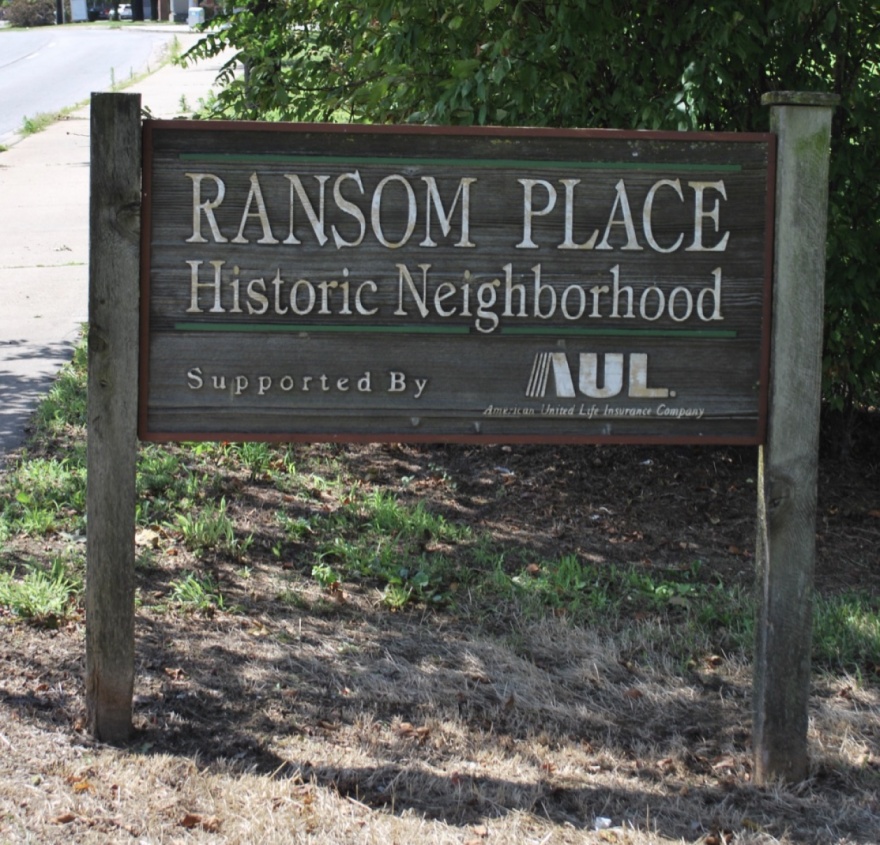 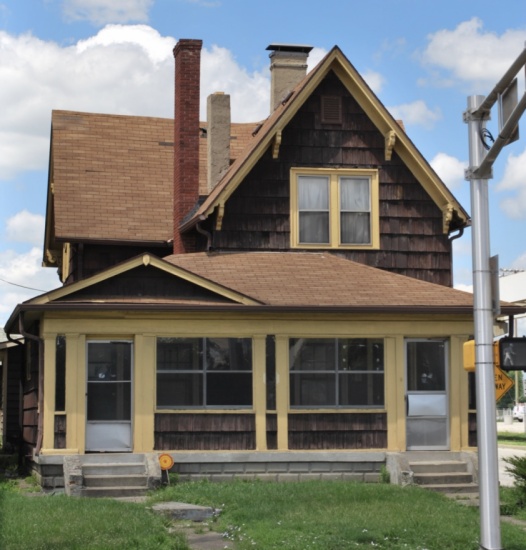 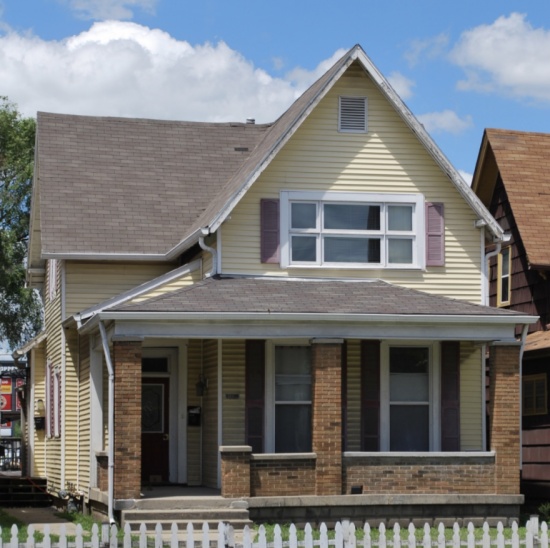 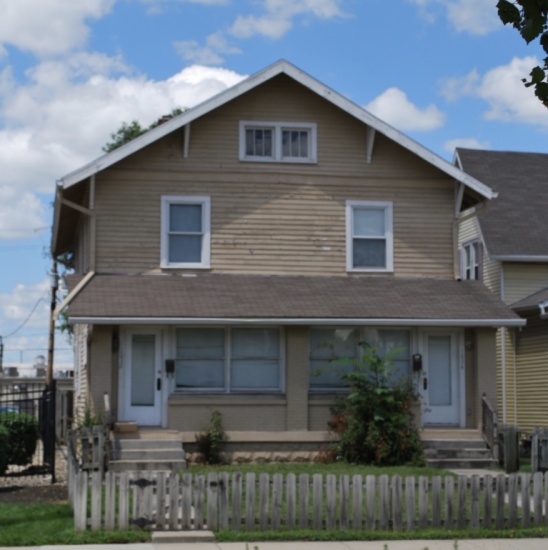 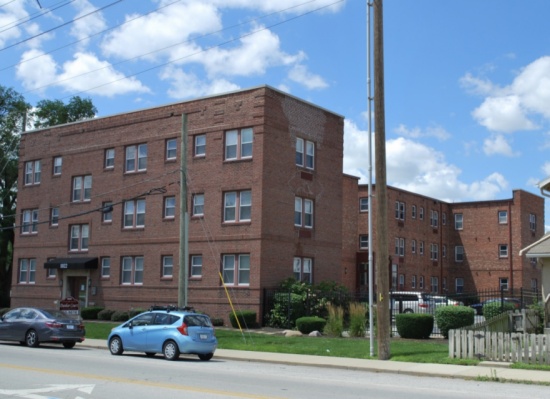 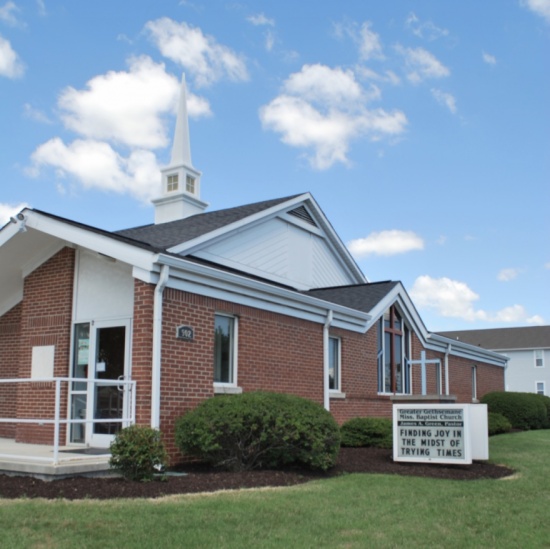 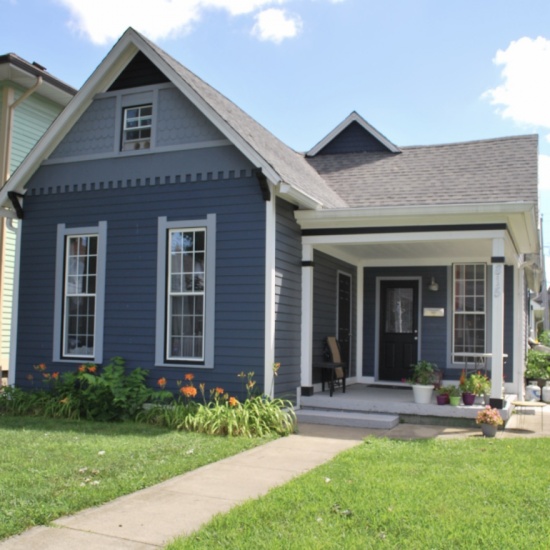 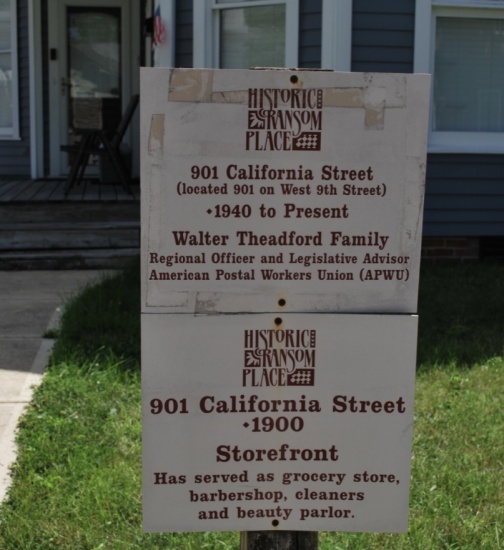 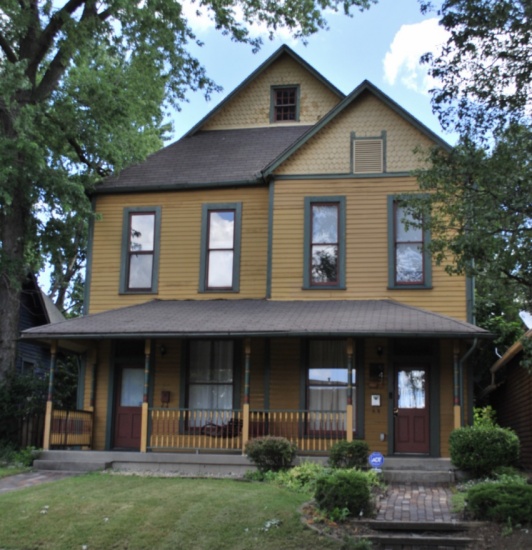 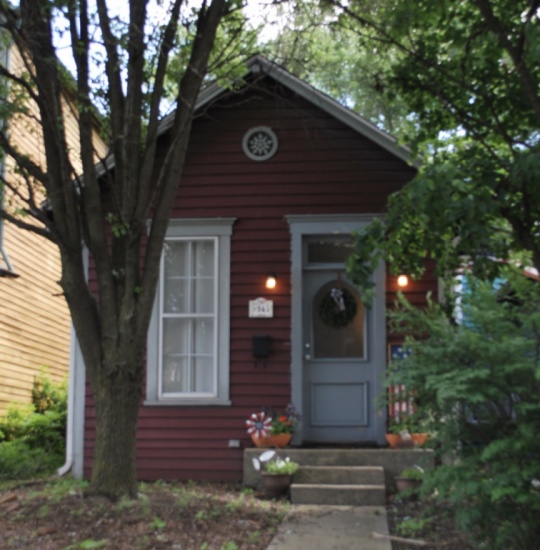 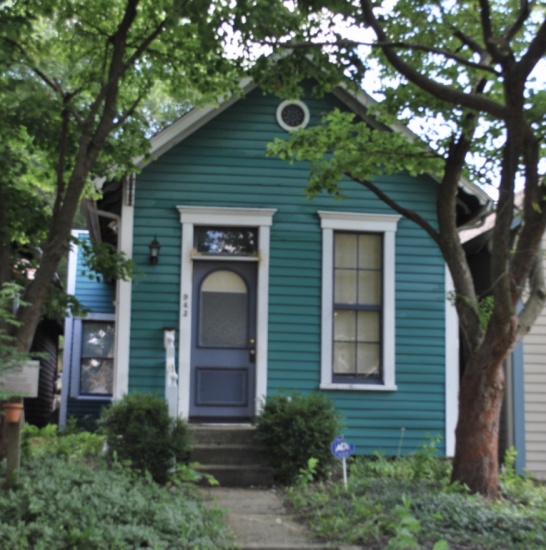 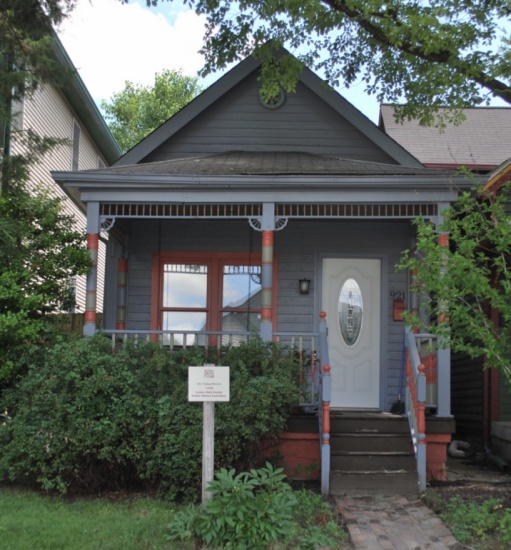 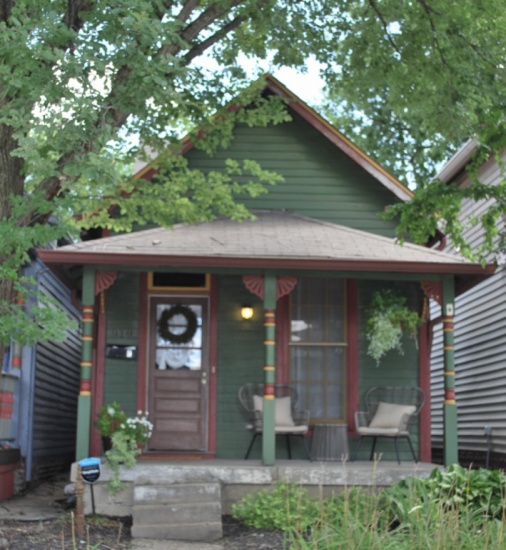 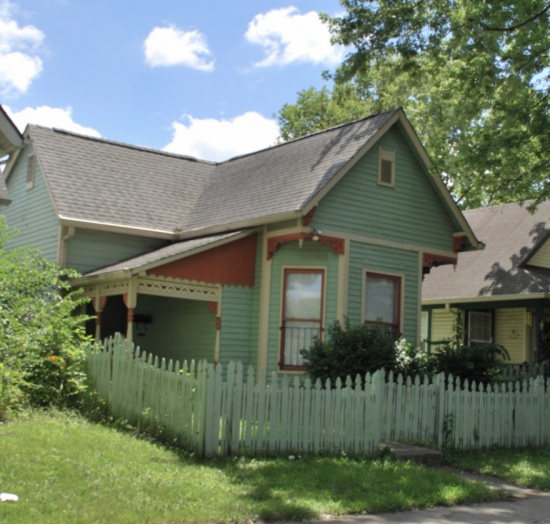 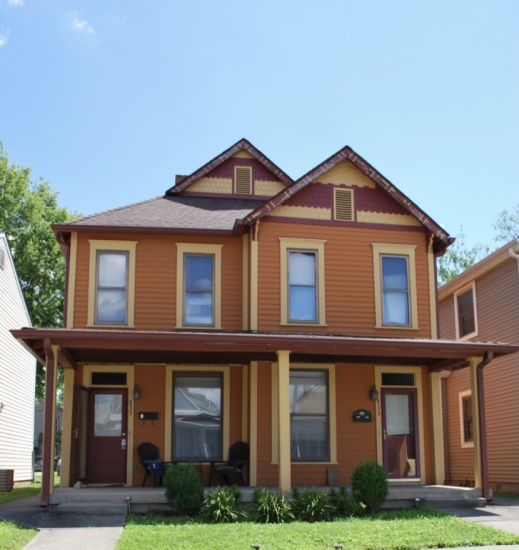 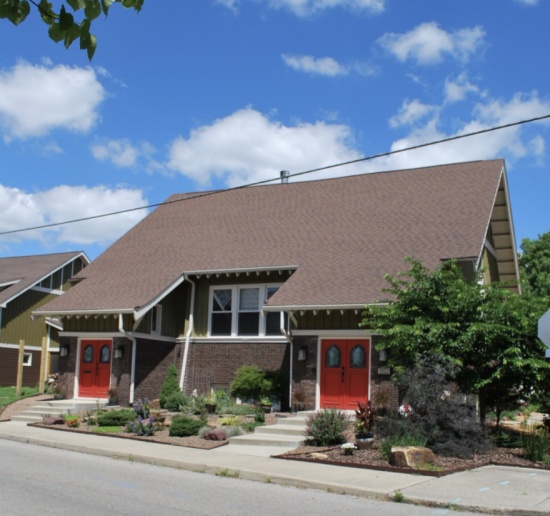 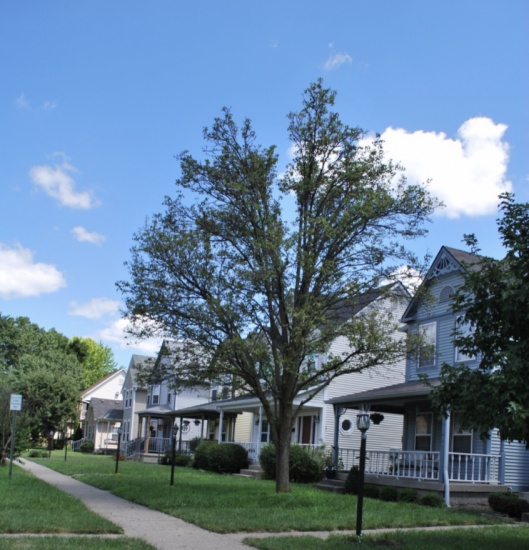 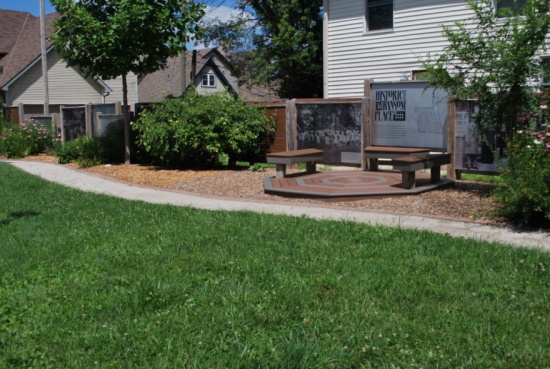