Ithaca College began modestly in 1892 as the Ithaca Conservatory of Music, founded in downtown Ithcaca by a local musician, violinist William Grant Egbert. The Conservatory grew during the following decades and affiliated itself with several local institutions: the Williams School of Expression and Dramatic Art (1898), the Ithaca Institution of Public School Music (1910), the Ithaca School of Physical Education (1916), and the Conway Military Band School (1921). In 1926 the Conservatory was licensed by New York State to grant bachelor's degrees, and in 1931 it merged with its affiliated schools to become Ithaca College. Today the College offers undergraduate and graduate degrees in more than 125 disciplines and welcomes over 6,500 students at its South Hill campus.

Before its move to South Hill in the 1960s, Ithaca College had a strong presence downtown. At various times, the college rented or purchased a hodge podge of downtown commercial buildings, public schools, churches, and movie houses. Although located today outside the city limits, Ithaca College is still strongly identified with the city itself.

This walking tour, rated as strenuous since it ascends E. Buffalo Street, begins at the Boardman House on DeWitt Park and includes many college landmarks. The walk takes a minimum of 90 minutes, longer if you visit sites 20 and 21.

This tour is based on a "Tompkins On Your Own" tour brochure prepared by the DeWitt Historical Society of Tompkins County (now The History Center in Tompkins County) in 1992.

Many of the DeWitt Park buildings once associated with the Ithaca Conservatory are no longer standing. The Gossman House, which housed the Ithaca Institution of Public School Music (1931-1932) and later the Ithaca College Department of Musi... Read more
2

Bordering DeWitt Park to the north of the Boardman House used to be Conservatory Hall/"The Little Theater," a concert hall built in 1913, and an Administrative Annex built in 1917. Both were demolished in 1972.
3

DeWitt Park served as Ithaca College's unofficial quadrangle for much of the last century. The park was laid out by early Ithacan Simeon DeWitt and is owned by the First Presbyterian Church.
4

The Boardman House, at 120 E. Buffalo Street, was associated with the College for more than sixty years. Built as a residence in 1866, it served as the Music Conservatory (1911-1931), College administrative offices, studios, classrooms (193... Read more
5

At 128 East Buffalo Street is the Library/Annex ("County Building C"), built in 1953. Second-story studios for radio and TV were added in 1958 and used until the move to South Hill in 1969. In this aerial-view photo, one can see the Library... Read more
6

Across from the Library/Annex, the building at 123 E. Buffalo Street housed the Ithaca Institution of Public School Music before its move into the Gossman House.
7

At 130 E. Buffalo Street stood Williams Hall, which served at various times as a dormitory, dining hall, and infirmary.
8

The Westminster Block, at 321-325 N. Tioga Street, was the dormitory of the Westminster Choir School (temporarily an affiliate) from 1928 to 1931, and thereafter a dormitory for the College until the move to South Hill.
9

The Martin Institute for Speech Correction, formely at 311 N. Tioga Street, housed boarding rooms and classrooms for a school of elocution, one of the Conservatory's first affiliates (1921-1936). The building was later a dormitory (1930-19... Read more
10

On September 19, 1892, known as Founder's Day, faculty of the Ithaca Conservatory of Music gave a concert in the old Unitarian Church at the corner of Aurora and Buffalo streets. Today, IC students frequently perform in the building's succe... Read more
11

An apartment complex at Buffalo Street and Terrace Place has replaced the old Division of Physiotherapy, located here in 1946 in a surplus U.S. Army building.
13

Next door to the Division of Physiotherapy, at 404 E. Buffalo Street, was Egbert Hall, the residence for many years of the College's founder, William Grant Egbert. Later, it was also a women's dormitory at various points. Both buildings we... Read more
14

The President's Home, at 2 Fountain Place, was the residence of Ithaca College presidents from 1938 to 2017.
15

The Fountain Place carriage house, at 2 Willets Place, served as the nursing school (1943) and College infirmary (1946) and has most recently been used as an Ithaca College guest house.
16

Banks Hall, at 111 Osmun Place, housed the Westminster Choir School studios in the early 1930s and was later a dormitory.
19

Stewart House, at 204 Stewart Avenue, was once an Ithaca College dormitory.
20

Two blocks down the hill from the College's infirmary is what may be said to be the true birthplace of Ithaca College, the Day House, at 403 E. Seneca Street. The Ithaca Conservatory's first classes were taught here in 1892.
24

Behind the Ithaca Institurion of Public School Music, on East Seneca Street, was the Star Theater, home of the "Seneca Streeters," the Ithaca College basketball players who struggled on the theater's tiny court from 1921 to 1965.
25

Many buildings on or near the Ithaca Commons are associated with Ithaca College. The Wilgus Opera House, 155-159 E. State Street (now the site of Center Ithaca) was the headquarters of the Conservatory from 1894 to 1905. Conservatory classe... Read more
27

The Conservatory and College also rented space in the Colonial Building at 109 E. Sate Street.
29

The Lyceum Theater, whose entrance was located at 113 S. Cayuga Street, was the Conservatory's main performing hall until 1913. The building was L-shaped, and the auditorium was on the site of the current City Hall building at 108 E. Green... Read more
30

The tour ends at 312 N. Geneva Street, the Conservatory Home for Lady Students, one of the first Conservatory buildings. It served as the Egbert's home, a classroom building, and a dormitory for music students (room and board charges were ... Read more 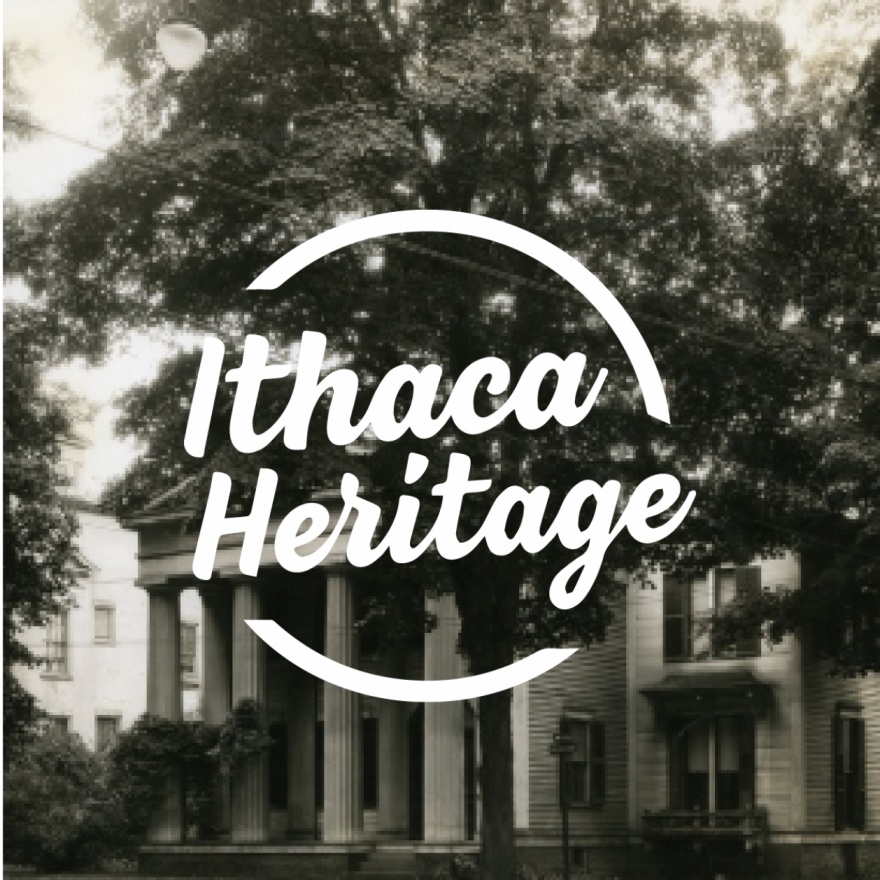 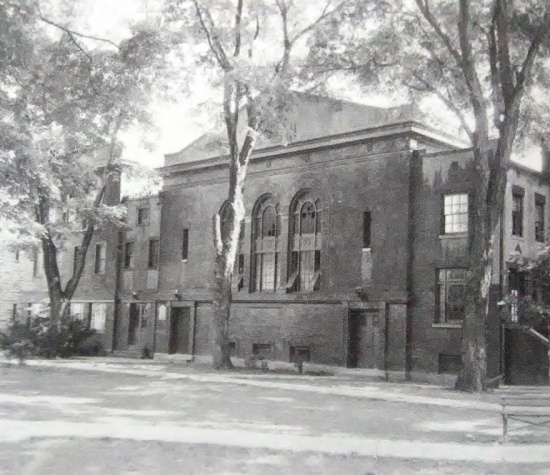 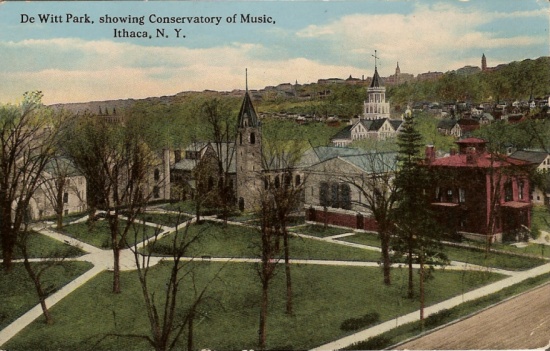 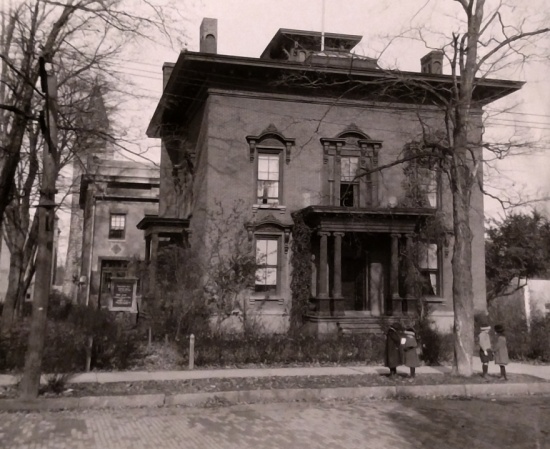 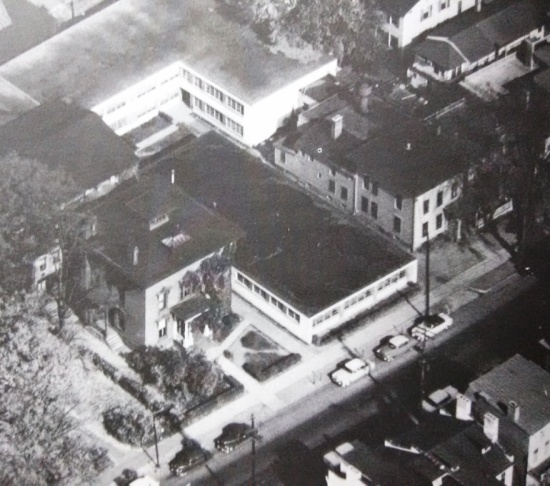 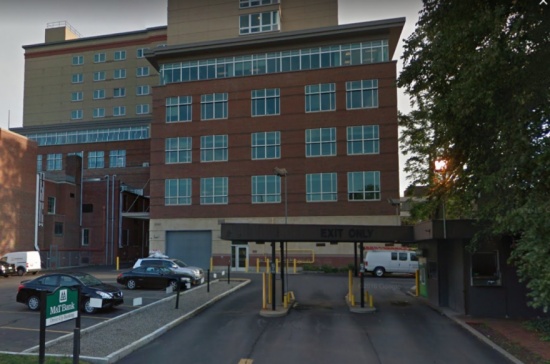 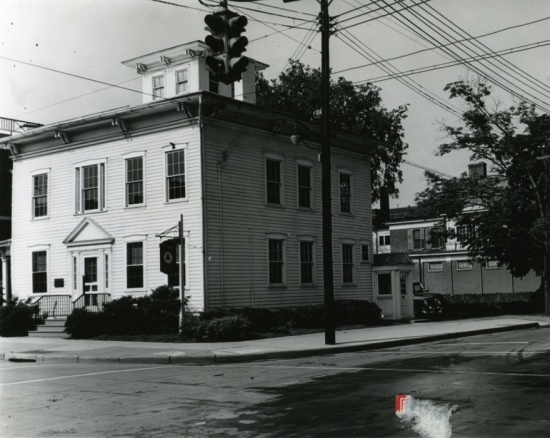 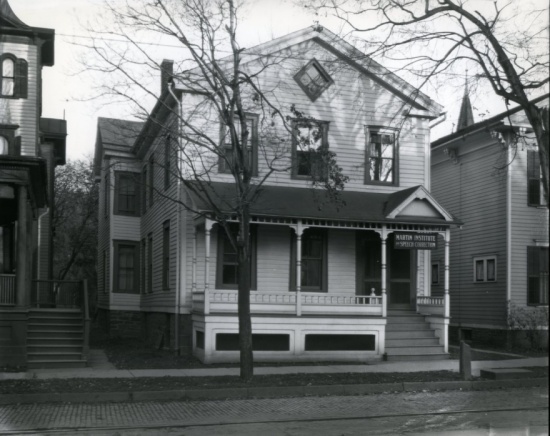 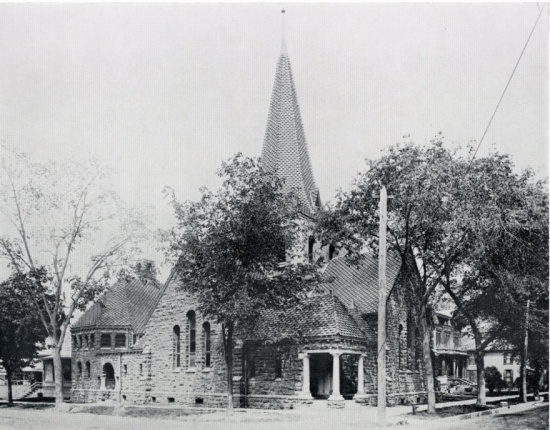 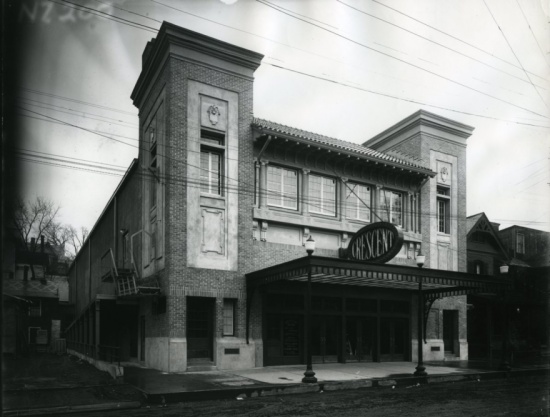 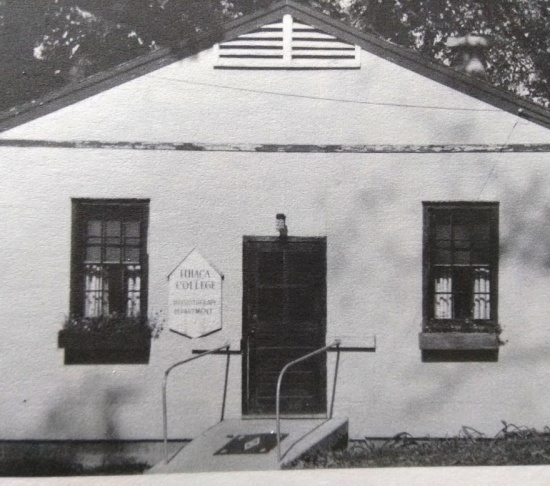 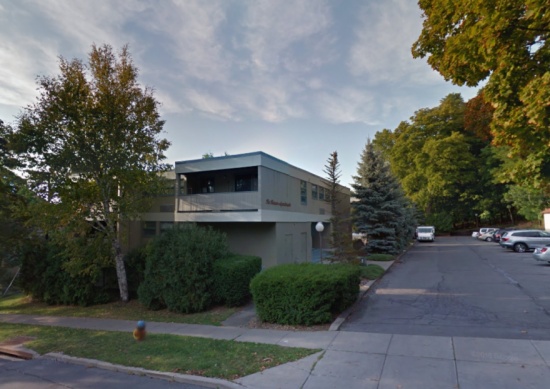 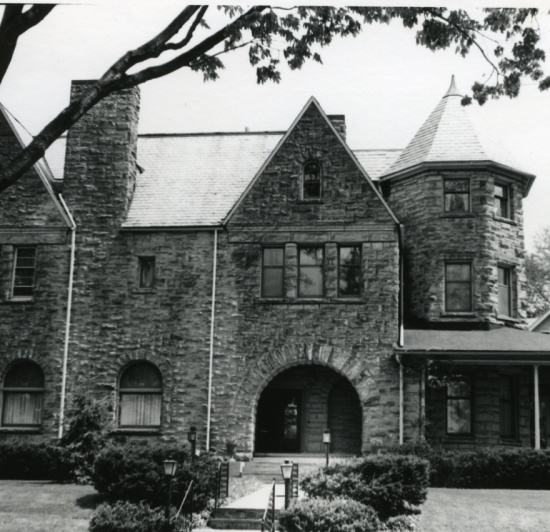 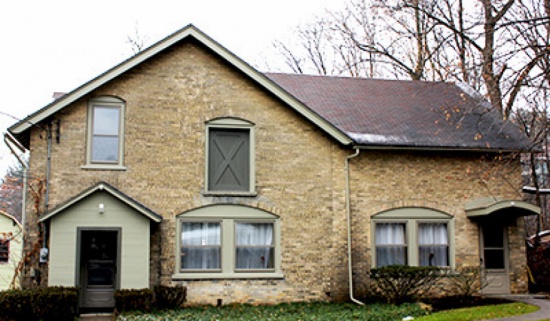 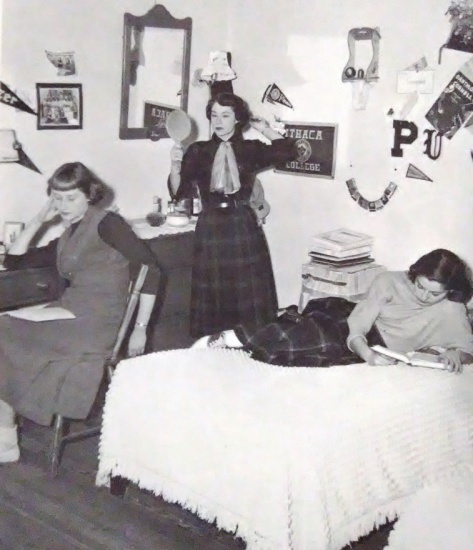 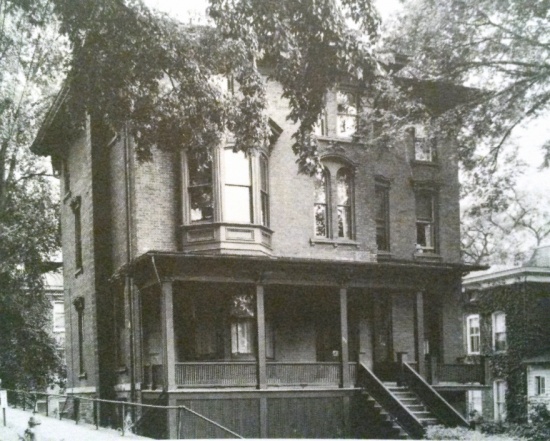 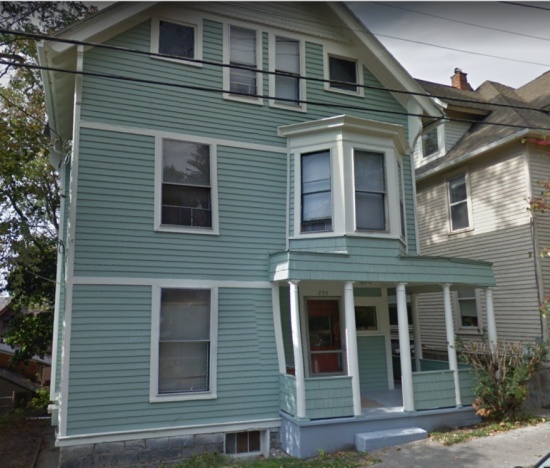 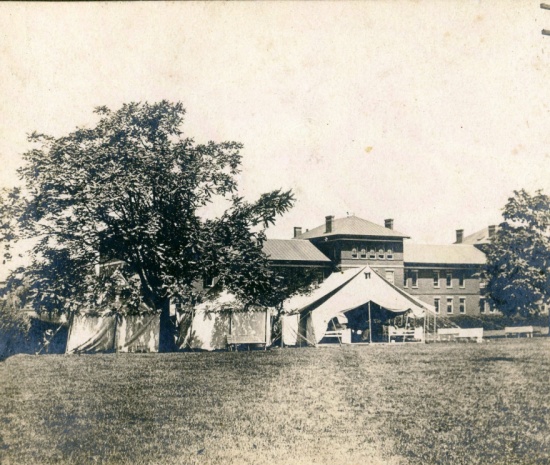 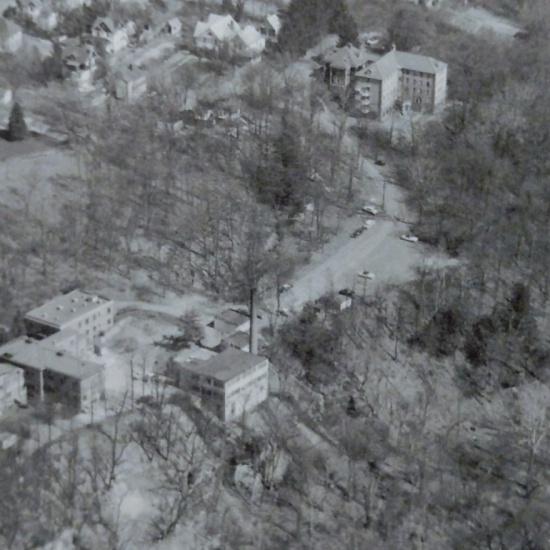 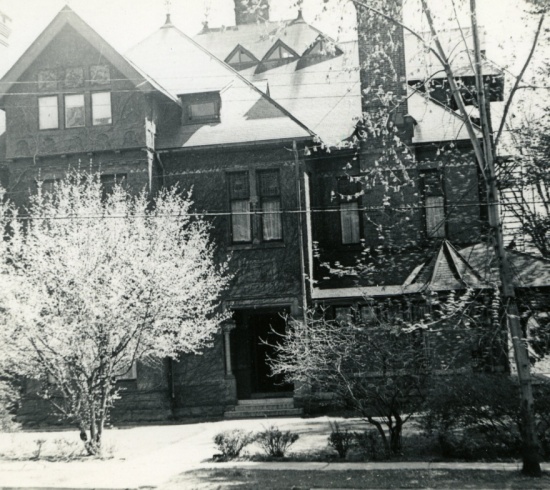 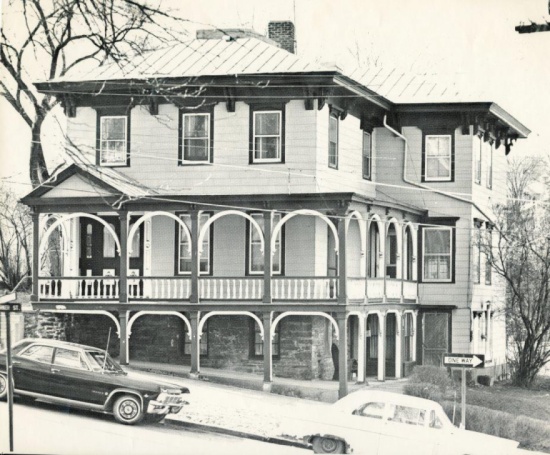 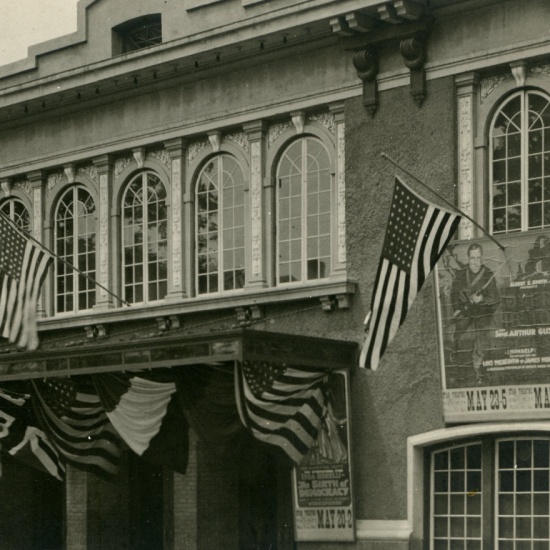 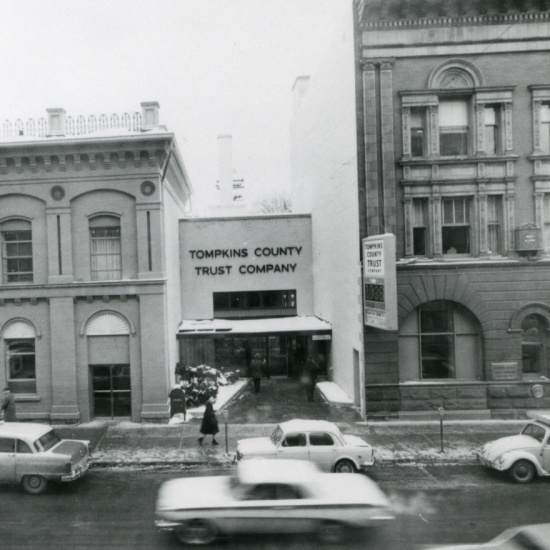 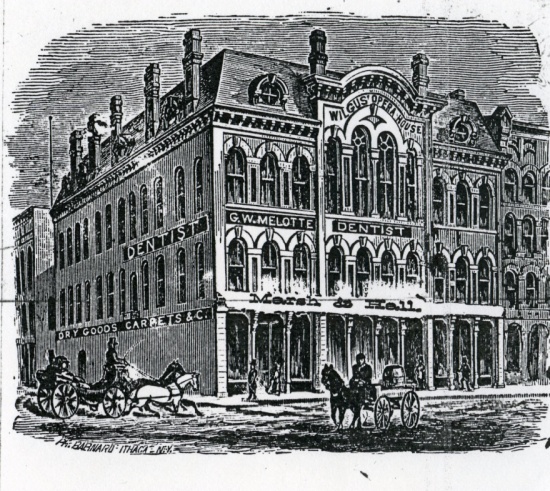 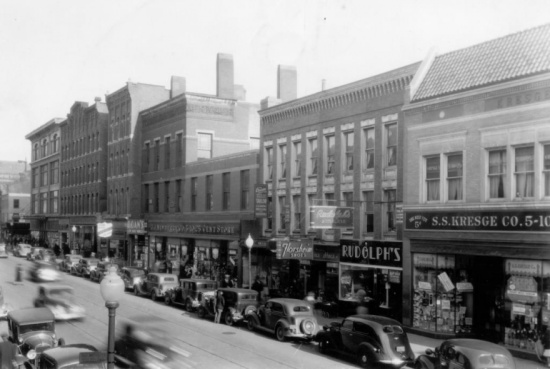 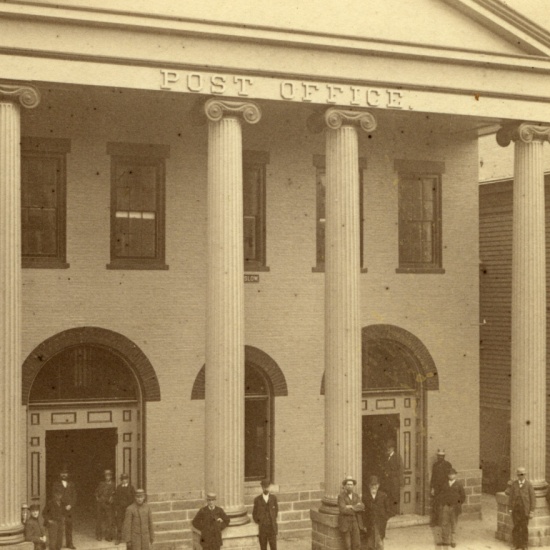 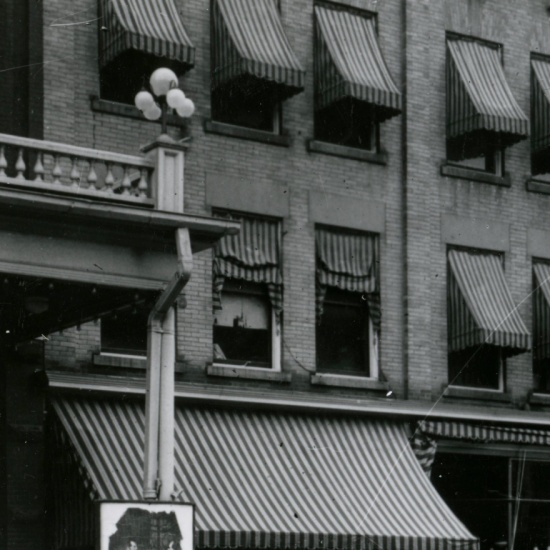 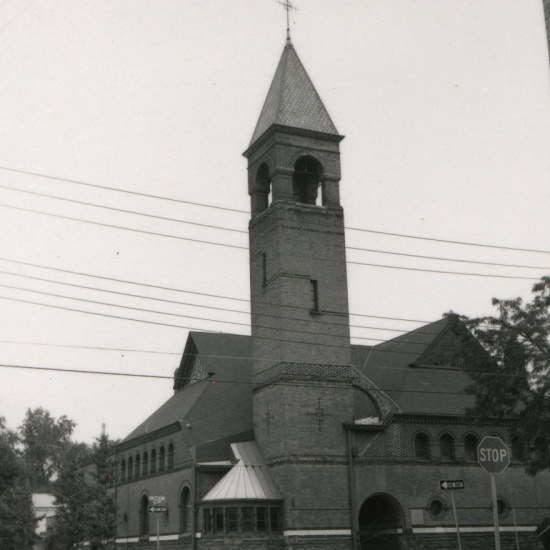 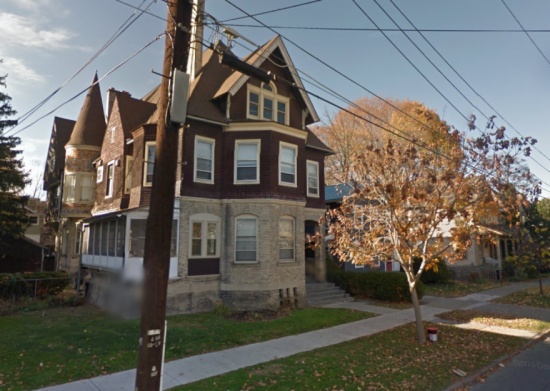