Oak Park, Illinois, is home to one of the world's largest collections of Frank Lloyd Wright buildings.

Frank Lloyd Wright (1867 - 1959) began his solo architectural career in Oak Park, IL. in 1898. After training with the Chicago firm of Adler and Sullivan and Louis Sullivan, Wright turned his attention to the near western suburb of Oak Park.

In the 20 years that Wright lived in Oak Park became the laboratory for his Prairie School of architecture. He desgned numerous homes for friends and neighbors that still dot the surrounding streets and which today still manage to look more modern than some homes built more recently.

This tour takes you southh down Forest Avenue, over to Unity Temple, then back north back to the Home and Studio. Along the way you will witness the evolution of the Prairie School of architecture and experience the beauty of Oak Park.

Wright's used his home and studio as a sort of living sandbox.  He kept expanding the house to meet the needs of his growing family and business while playing with new ideas and designs. In 1889 Wright built the home with a $5,000 loan fro... Read more
2

The reason this doesn't look particularly like one of Wright's Prarie School designs is that it was originally built as an Italianate house.  Copeland commissioned Wright to first bulild a garage for the home in 1908.  A year later Wright... Read more
3

The Heurtley house embodies the horizontal plains of the Prairie.  The long, deep, overhaning roof combined with the banding of the second story windows grounds the home firmly to the earth.   Wright's obsession about making the home a ... Read more
4

In the midst of a depression Nathan More asked Wright to build a home for him in 1895.  With few prospects Wright agreet to build Moore the English Tudor home he desired.  It must have rankled Wright to see this decidedly un-Prairie Schoo... Read more
5

It's complicated! This house was originally built in 1874 by William Grey just to the north of where it currently sits.  Wanting his daughter Mary to live next door, Nathan Moore, the owner of the house now next door, moved the home and as... Read more
6

Some say that the Gale House is the precourser to Wright's more famous Fallingwater home.  Certainly the broad horizontal porches give that impression.
7

When Wright first encountered this site there was a large Gothic home sitting on the lot.  Wright had it razed but kept the foundation upon which he built this home for banker Peter Beachy.  Wright may have inherited the off-street entran... Read more
8

Wright got it right with this house! This early Prarie School home is, I think, the street's best example of the Prarie School of architecture.   Let me count the ways... 1)  The entryway is public, yet discourages unwelcome visitors and... Read more 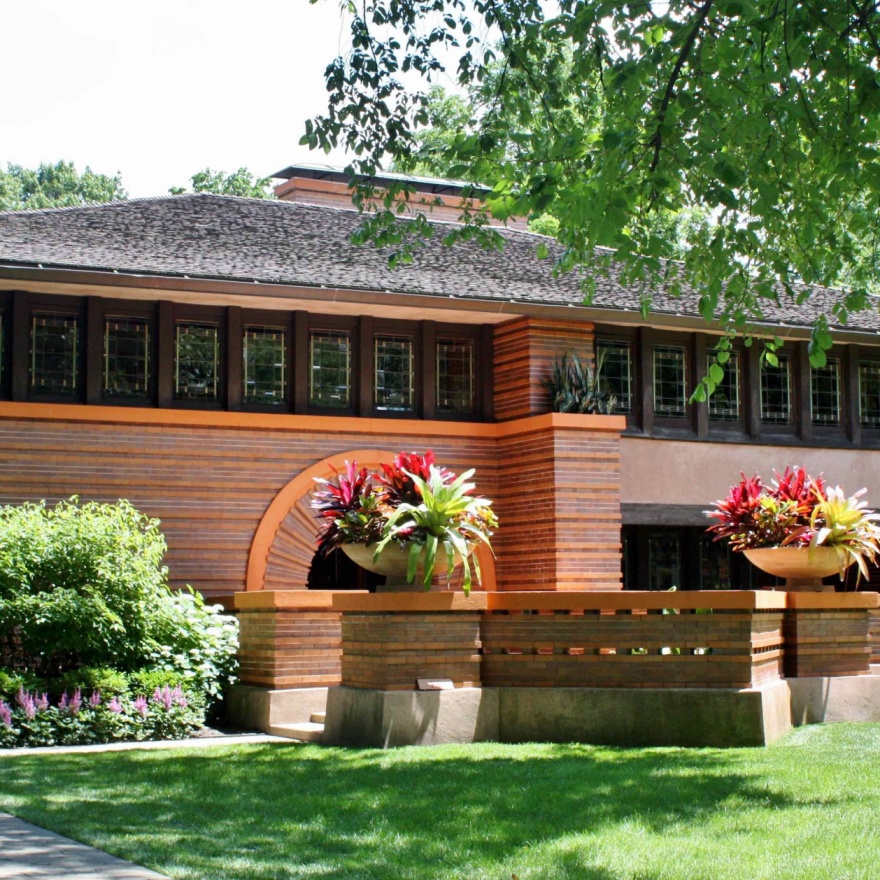 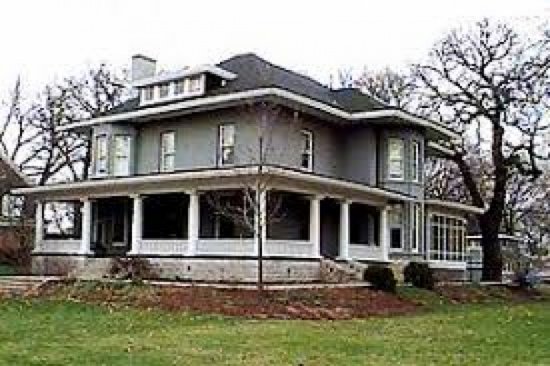 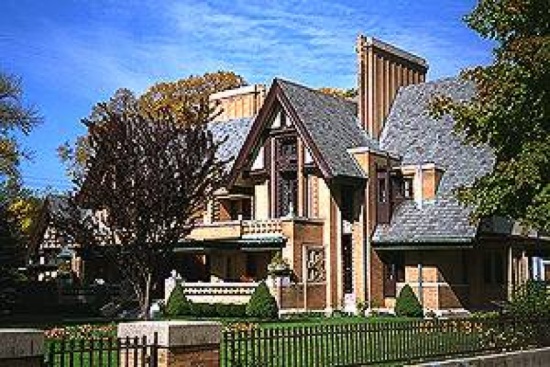 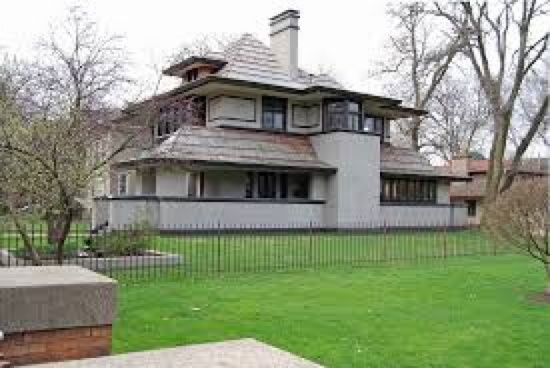 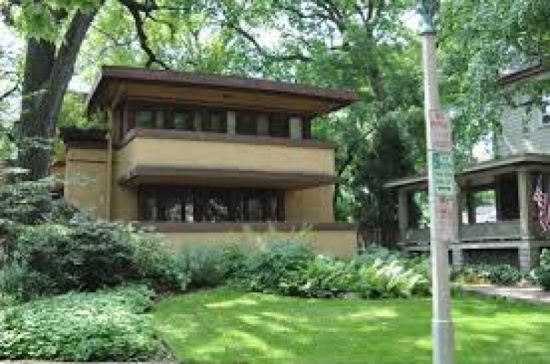 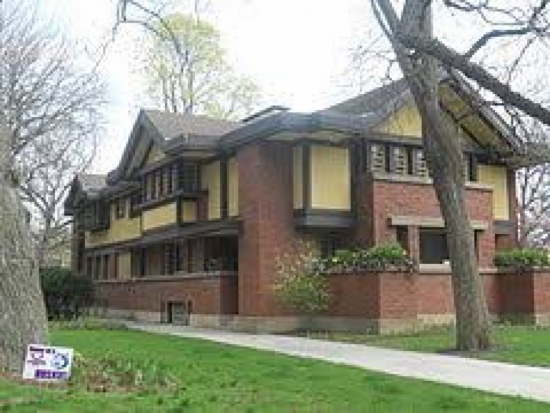 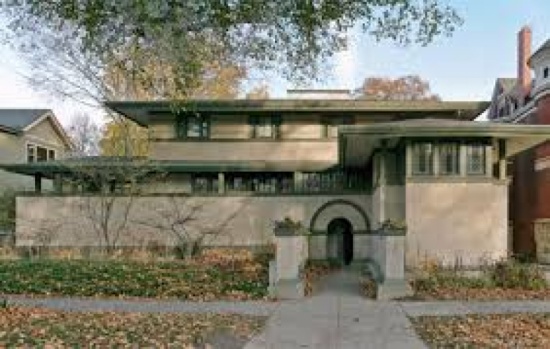