Here in Philly, cheesesteaks are a civic icon, a tourist draw and a cultural obsession.

Here in Philly, cheesesteaks are a civic icon, a tourist draw and a cultural obsession. Often imitated around the world, the cheesesteak is rarely duplicated successfully outside of Philadelphia.

What Is A Cheesesteak?

A cheesesteak is a long, crusty roll filled with thinly sliced sautéed ribeye beef and melted cheese. Generally, the cheese of choice is Cheez Whiz, but American and provolone are also common choices. The art of cheesesteak preparation lies in the balance of flavors, textures and what is often referred to as the “drip” factor. Other toppings may include fried onions, sautéed mushrooms, ketchup and hot or sweet peppers.

Some sandwich shops also offer a cheesesteak hoagie, a hybrid version that combines the cheesesteak with cold hoagie dressings like lettuce, tomato and mayonnaise.

Cheesesteaks are fast, portable and readily available at steak shops, delis, food trucks, pizzerias and even some high-end restaurants throughout the region.

The cheesesteak made its official debut in 1930. Pat Olivieri was a South Philadelphia hot dog vendor who one day decided to put some beef from the butcher on his grill. A taxicab driver noticed the alluring aroma and asked for his own steak sandwich.

The next day, as the story goes, rumor of the delicious lunch had spread, and cabbies around the city came to Olivieri demanding steak sandwiches. Soon after, Olivieri opened up a shop on 9th Street and Passyunk Avenue, Pat’s King of Steaks, to sell his new creation. Eventually, according to legend, he added cheese to the recipe.

Today, Pat’s grills are sizzling 24 hours a day, as are Geno’s, the rival shop across the street. For 40 years, the two shops have waged a friendly competition to win the title of best cheesesteak in town, with Geno’s founder, Joe Vento, claiming it was he, not Olivieri, who first added cheese to the cheesesteak.

How To Order A Cheesesteak

When ordering a cheesesteak at one of Philly’s most famous cheesesteak shops, the idea is to let the cashier know a.) that you would like a cheesesteak, b.) what type of cheese you want, and c.) whether or not you want fried onions. And you have to be as concise as possible while doing so.

Ok. Got it? Now go ahead and test out your ordering prowess for real. Just be forewarned: lines can be long at peak times, and if you don’t have your order and money ready to go, you might be sent to the back of the queue.

John's Roast Pork is a roast pork and cheesesteak eatery that was founded in 1930 at its original location on East Snyder Avenue in Philadelphia. The eatery is considered a favorite among South Philadelphia locals and has gained mainstream ... Read more
2

Tony Luke's is a Cheesesteak restaurant that was founded in 1990 by Tony Luke, Jr. at its original location on 39 East Oregon Avenue in Philadelphia. The franchise has since expanded, with 16 locations in Pennsylvania and New Jersey, one lo... Read more
3

Hours 24/7 About Pat's King of Steaks (also known as Pat's Steaks) is a Philadelphia restaurant specializing in cheesesteaks, and located at the intersection of South 9th Street, Wharton Street and East Passyunk Avenue in South Philadelphia... Read more
4

THE STORY OF GENO’S STEAKS Geno’s Steaks was started by Joey Vento back in 1966. He figured that if he was going to sell cheesesteaks, it needed to be where they were already eating them – at the “X” shaped intersection of 9th &am... Read more
5

THIS IS HOW IT'S DONE!  In the summer of 1976, my father and a business partner opened Jim's Steaks South St., bringing a unique art-deco storefront and an even more distinctive cheesesteak to a neighborhood in the midst of a renaissance. ... Read more
6

Ambrose and Rose Campo probably never imagined that the little grocery store they based their lives on in 1947 would still be here more than 50 years later--successful, growing, and continuing the traditions and values on which their future... Read more
7

A Short Account of Our Long History Established in 1921 by Rose McNally hard by the Route 23 Trolley turnout on the highest hill in Philadelphia. McNally'sQuick Lunch was intended to simply provide a warm & hospitable respite... Read more
8

Call ahead for fast pick-up! 215-482-5407 We serve a wide assortment of domestic and imported beers and gourmet soda along with the best sandwiches in Philadelphia. Fresh cut rib eye sliced daily! Store Hours: Monday to Saturday 11 am to Mi... Read more
9

In 1962, when Shank and Evelyn Perri opened their luncheonette in South Philly’s Italian Market, they had no idea their establishment would become a Philadelphia icon. They called the place, simply, Shank & Evelyn’s and dedicated th... Read more

Download our PocketSights Tour Guide mobile app for more information and navigation to any of these places. 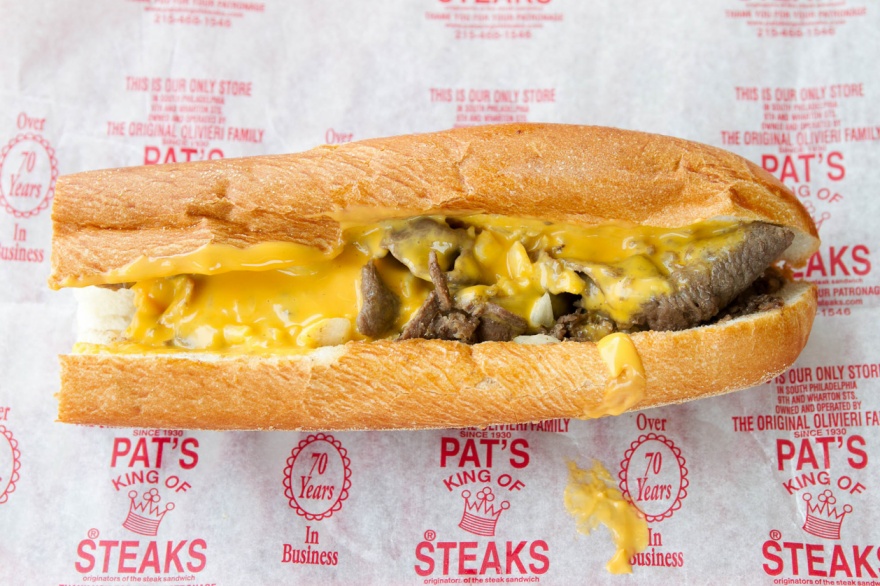 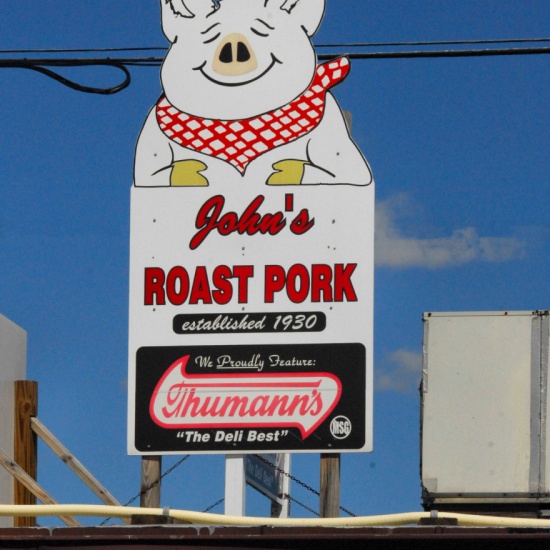 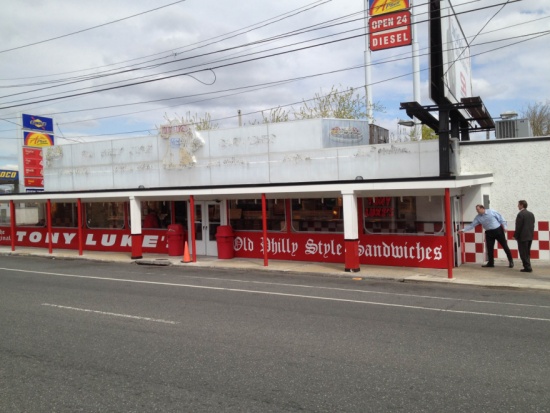 Tony Luke's
Photo By: <a href="http://passthesushi.com/the-great-cheese-steak-debate-tony-lukes-vs-jims/">PassTheSushi.com</a> 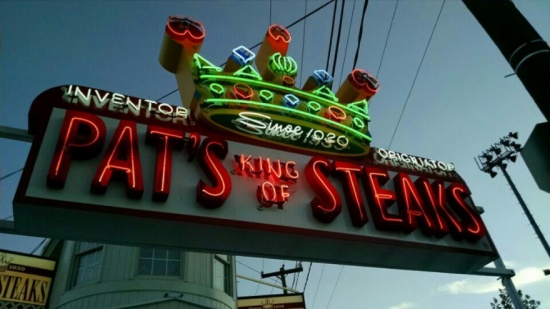 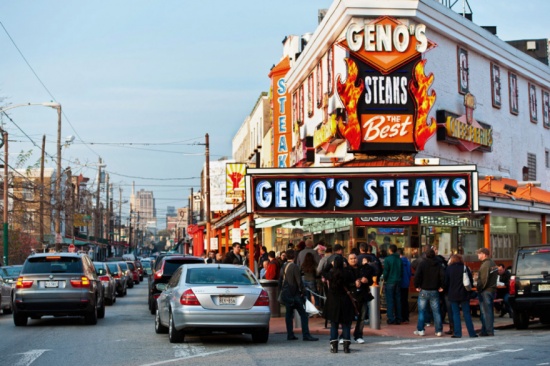 Geno's Steaks
Photo By: <a href="http://www.visitphilly.com/articles/philadelphia/top-10-spots-for-authentic-philly-cheesesteaks/">J. Fusco for Visit Philadelphia</a> 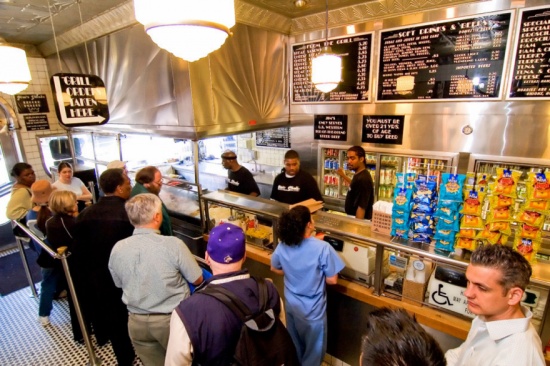 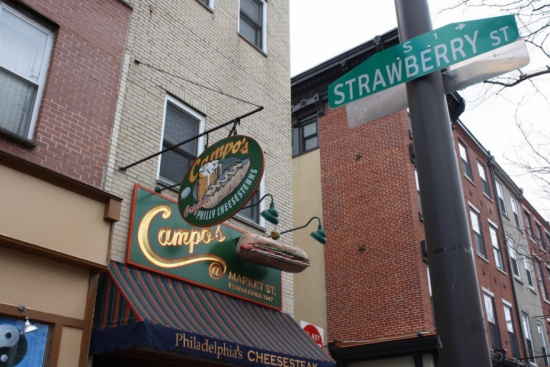 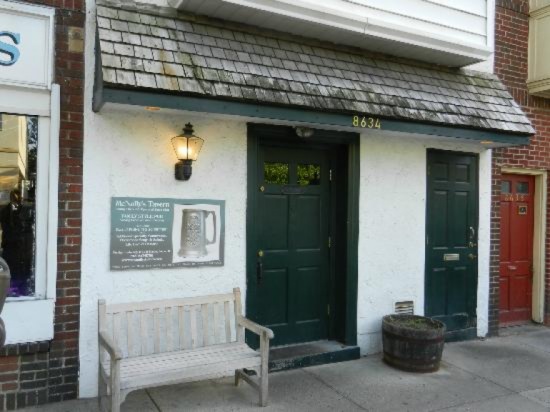 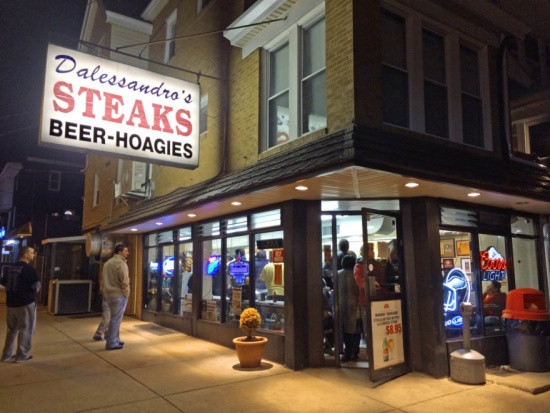 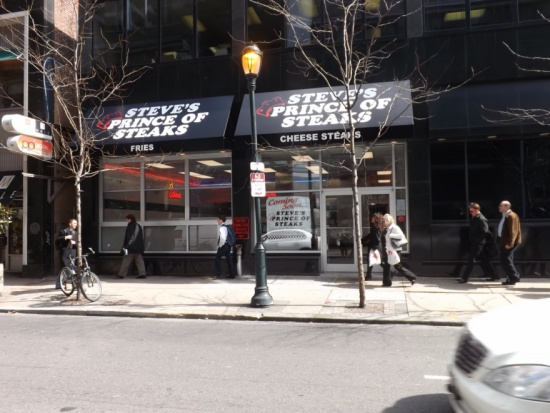 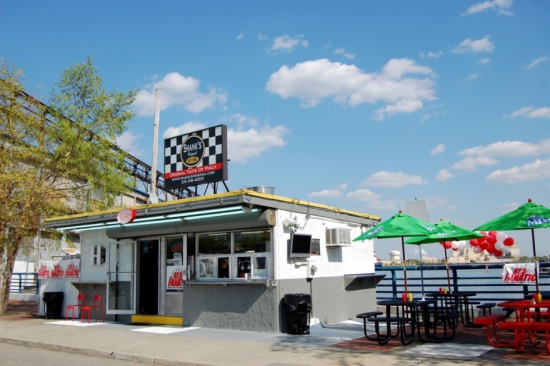 Download the mobile app for more information and navigation to any of these places.