The descriptions below have been adapted from:

Donate to the Association for Public Art:

Benjamin Franklin called Philadelphia home and his achievements here were many: he founded public societies and institutions; co-founded the nation’s first hospital; established the first lending library; reformed the postal system – the list goes on.

Artist: George Lundeen (1948-) Location: University of Pennsylvania, 37th Street and Locust Walk (southeast corner) Sitting on a bench with a newspaper in hand and a pigeon at his side, George Lundeen’s Benjamin Franklin (on a bench) wa... Read more
2

When artist John J. Boyle was commissioned by Justus C. Strawbridge to create a statue of Benjamin Franklin, he was one of Philadelphia’s most prominent sculptors. (His works include Stone Age in America on Kelly Drive and John Christi... Read more
3 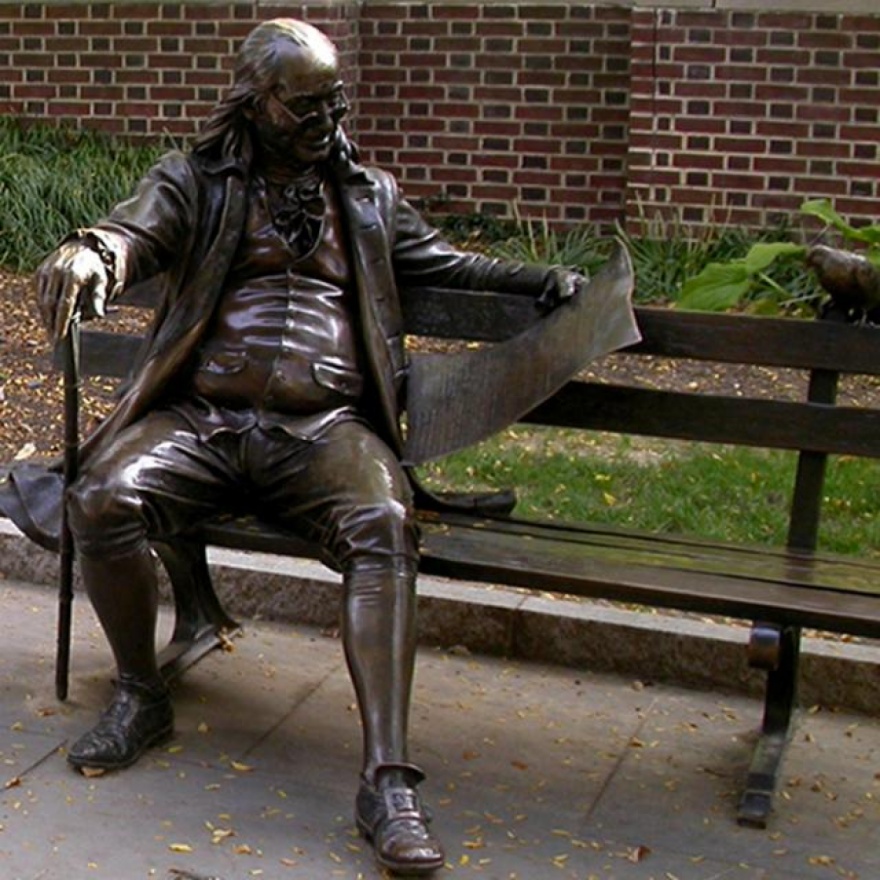 Benjamin Franklin in Philadelphia
Photo By: Association for Public Art 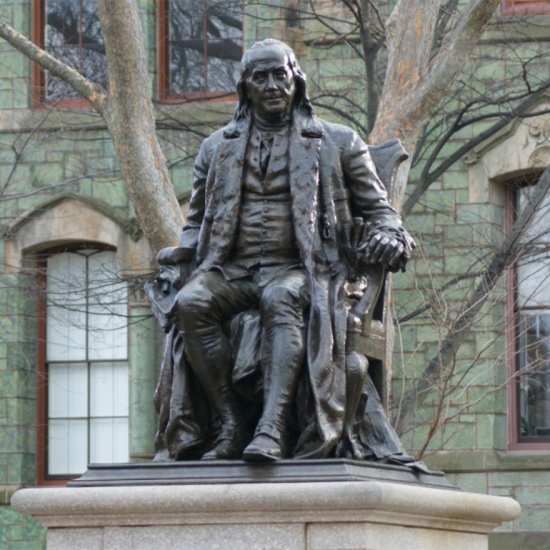 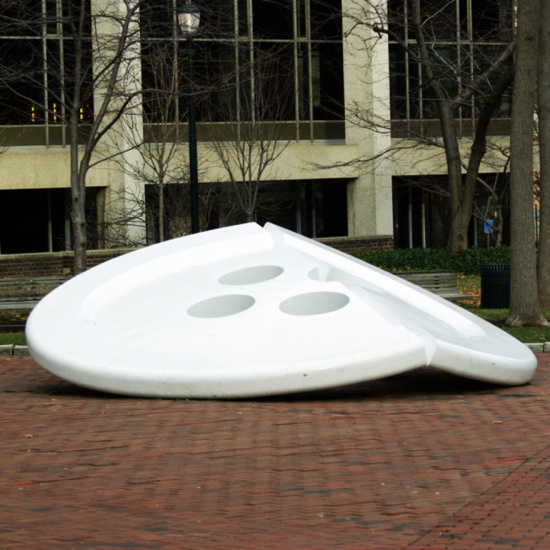 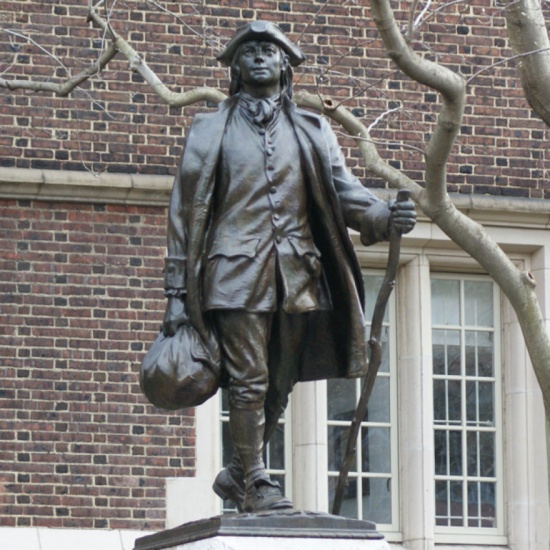 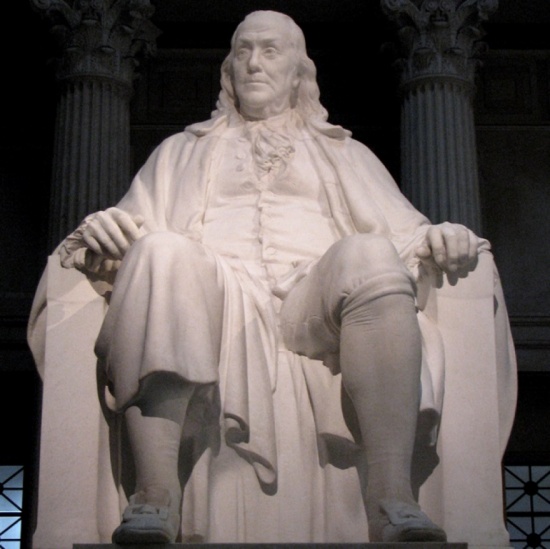