Freshly after turning six years old, I moved from Ypsilanti, Michigan to Portsmouth, Virginia to be reunited with my mom who, about two years prior, had enlisted in the military's Naval force. Having finally settled and been stationed at the Naval Center there, I came to live with her along with my older sister. Portsmouth was only the first of three cities that I lived in within this region (Tidewater); I lived there for about four years, then moved to Virginia Beach for three, and finally to Chesapeake for the last five years of my youth leading up to college.

Throughout this time, mainly during my high school years, the Virginia Beach Oceanfront became a crucial spot to visit for me, particularly in comparison to my family who rarely, if ever, visited the beach during the spring and summer. The oceanfront fulfilled a variety of purposes for me - it was a site for having fun and spending time with friends, attending festivals (including the annual Neptune Festival hosted in the fall), contemplating and relaxing with others or alone, writing/journaling usually alone, and connecting with the ocean/Earth. After my parents moved to Florida, this site took on a different character for me - while it continued to fulfill its aforementioned purposes in certain ways, it also became a site laced with many complex sentiments including sadness, nostalgia, and a glaringly limited sense of belonging. While I think that it will always be an enjoyable and memorable place for me, my most recent visits have demonstrated that it is no longer "home" in the same sense that it used to be - even as I am present in its place, it is somehow lost, gone, past rather than alive and mine as I once felt it to be. I see myself on its sandy terrain, but this self has become increasing elusive and strange. This is because, though I have grown within and been of the space at various points, my departure and prolonged absence has also facilitated a certain outgrowth. The oceanfront (both tangibly and intangibly) has outgrown me - continued to grow in my absence - as have I in its absence. It is simultaneously a place which I yearn to return to and a place which, upon these returns, I must brace myself to encounter in terms of its undoubted strangeness and newness in comparison to how I remember it. I aim to navigate some of these complex feelings over the course of this tour while also exploring the spatial histories and politics of the space.

More practically speaking, I found that the oceanfront and much of its surrounding area was originally populated by an Indigenous group known as the Chesepians, or the Chesapeakes. I only found limited information about these people - their beliefs, customs, day-to-day lives, etc. What I did find was that "Native peoples [I'm assuming the Chesapeakes]...utilized the natural resources found near the mouth of the Chesapeake Bay and along local inland waterways for perhaps 15,000 years." Further, they had a "nomadic life of following the migration patterns of various animal species" which "eventually gave way to seasonal habitation as the climate changed and the coastline and environment followed. Eventually, the native people lived as tribes in relatively permanent villages. This is what the English encountered when they arrived as settlers in the early 17th century." Thus, the Indigenous peoples of this region often migrated based on changes in their surroundings, responding to nature. Of the Chesapeakes, it is also said that during the late 16th century they "occupied the land from the Atlantic Ocean to the Elizabeth River. They tended to remain aloof from the Powhatan chieftain that controlled most of the other Algonquian speaking tribes in southeastern Virginia." However, the Chesapeakes were "eradicated" by Powhatan just prior to English colonization in the early 17th century. The source that I drew on for this information, a brief overview of Virginia Beach history, explicitly places it under the header "Prehistoric settlement," the first section of several and the only to mention any Indigenous group. Thus, it is clear here that the original custodians of these lands are categorized within "pre-history," as they lose relevance, presence, and meaning post-European settlment and colonization. This is underscored by the fact that the Chesapeakes are described as having "no pure descendants"; though it is hard to know to what extent this group was annihiliated, it is worth keeping in mind here that "Native American is a racialization that protrays contemporary Indigenous generations to be less authentic, less Indigenous than every prior generation in order to ultimately phase out Indigenous claims to land and usher in settler claims to property." The rest of the article then focuses on settler-colonial history within the area. The second section, for instances, notes, "Virginia Beach is the site of the landing of the Jamestown colonists on April 26, 1607 at Cape Henry. After a few days exploring the area they moved inland up the James River to settle. Permanent English settlement [emphasis mine] occurred in Virginia Beach in the 1630s when Adam Thoroughgood was provided a land grant [emphasis mine] of 5,350 acres along the western branch of the Lynnhaven River." The term "permanent English settlement" affirms the settler colonial narrative that settler colonialism is permanent, inevitable, and irreversible and the emphasis placed here on the granting of land as evidence of that permanence speaks to how the occupation, ownership, and commercialization of land is utilized to faciliate this process, much to the contrary of Indigenous relations to land.

I point to this history, not along to establish a bit of its genealogy for practical reasons, but to also gesture toward the ways in which the sentiments and concepts I mentioned in my personal narrative arise in this historical narrative, though in a more gruesome and visceral sense as it relates to the original custodians of this land. They are rendered as "pre-historic" and, thus, of (native to) the space though within a limited - and now ended, gone, and unreachable - period of time according to settler narratives.

The Boardwalk Neptune Statue is my first stop on this tour because it is usually the first major landmark that I see, and take immediate note of, upon arrivating at the oceanfront; it sits in the heart of the most touristy and busy sectio... Read more
2

Taste Unlimited is my second destination on this tour, as it was often my first actual stop during a beach day. Originally opened by Peter Coe as a wine and cheese stop in 1973, I would stop at this (now-turned) sandwich shop with frien... Read more
3

Half Moon Music is another meaningful site to me - though I didn't visit here very often, I distinctly recall coming with a very close high school friend of mine to do mostly window shopping. As we were young and without jobs, all that eith... Read more
4

During any visit to the beach, the large majority of my time is usually spent, of course, vedging out on the beach. I initially did this on the main beaches which attract tourists, but as I became a more seasoned and regular beach go-er, I ... Read more
5

My final point of interest on this personal tour of the oceanfront is the Virginia Beach Boardwalk Fishing Pier located at 1413 Atlantic Avenue. This 400 foot pier was built in 1950 and has since been only by three families: the Murdens, th... Read more 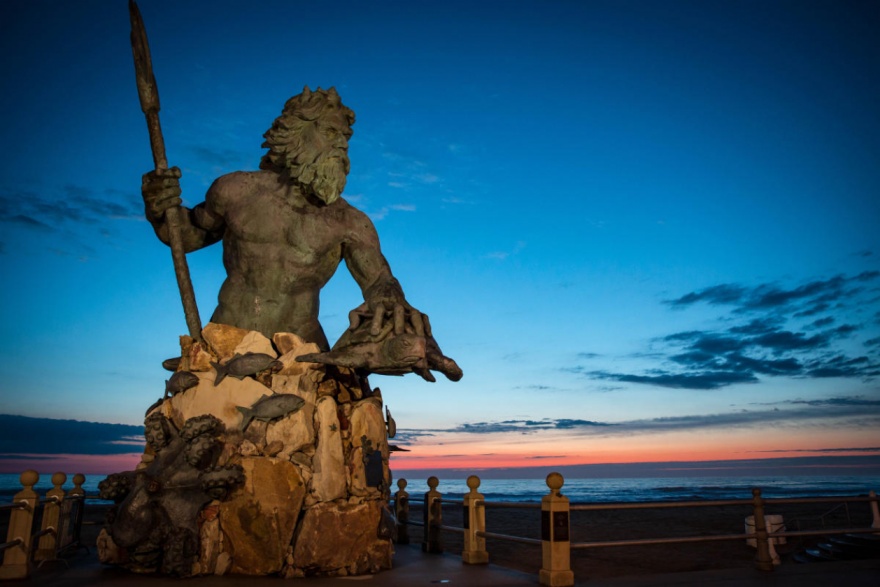 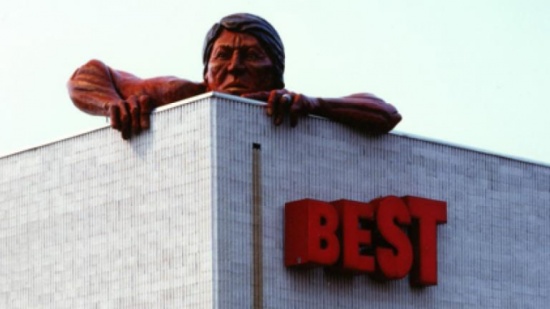 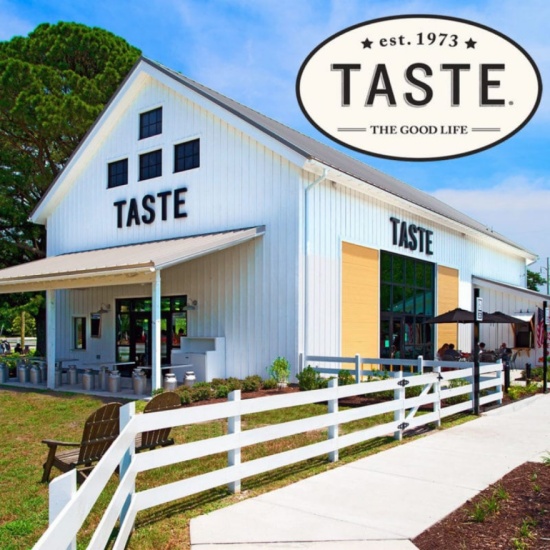 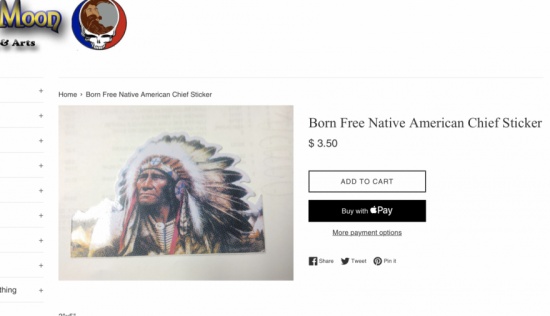 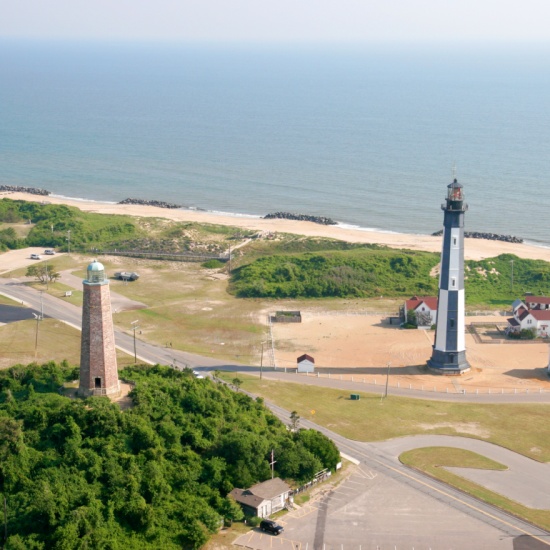 Vedging on the Beach
Photo By: Cape Henry 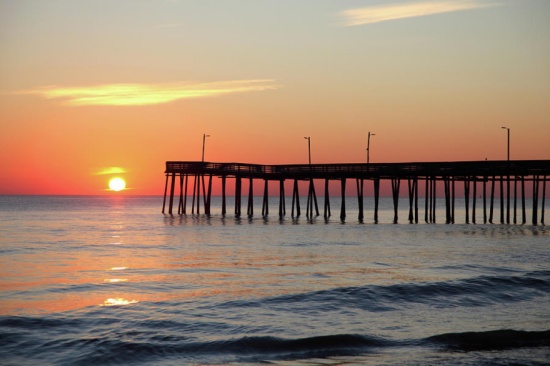