This commodious 1875 Queen Anne home is reported to have been owned originally by attorney George Eddy Newcomb (1864-1928) and his wife Blanche Makepeace Newcomb. It is reported to have stayed in this family for at least two generations, being bought in the early 1950s by the Shields family, and then purchased in 2005 by the current owners, who undertook a major rehabilitation with architect Michael Breseman in 2018-19. This mansion-scaled house set back from Illinois on its deep lot remains after many years a prominent part of the Illinois Road streetscape. This third in a series of awards within a couple of blocks represents major reinvestments in this handsome, tree-lined, and park-like stretch of the original 1857 street plan near the town center. 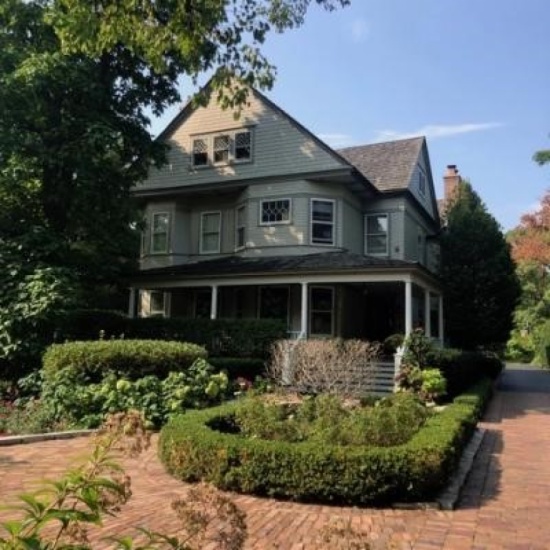