This residence dates from the early years of Lake Forest, built in the year following the Great Chicago Fire of 1871, and in the earlier 20th century it was known as the Grocer Gunn house. Queen Anne in style with its tower and wrap-around porch, it most likely reflects earlier waves of changes. Its present appearance though dates from earlier in the 20th century, with its façade protected by a previous owner with an easement granted by Landmarks Illinois. When it suffered from a fire recently it was restored by the current owners, though with upgraded materials—clapboard siding and copper gutters and downspouts. Its simple but dignified presence on its large lawn contributes significantly to the streetscape. 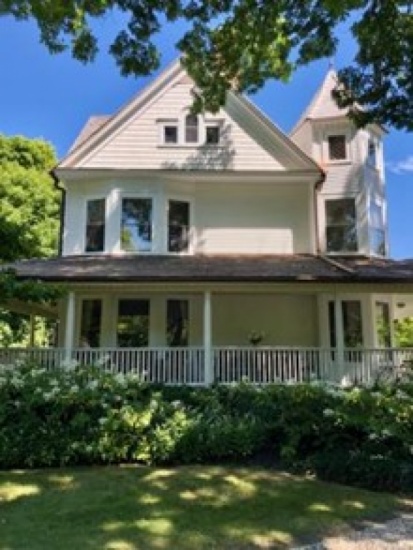