Long before shopping malls existed, the Arcade revolutionized the way people shopped for goods. Built in 1909, the Arcade once housed over 30 shops as well as apartments on the upper level. Newark’s Arcade was one of eight glass-ceilinged shopping centers built in Ohio. The building was designed by Carl Howell and funded by a cadre of prominent local businessmen such as Carl Weiant, Charles Spencer, and E.T. Rugg. It featured a number of attractions, including a theater, fountain, and, during Prohibition, a rumored speakeasy. Details such as the Italianate cornice and arched windows, as well as the theater and fountain, have been removed over the years, yet renovations have begun with new owners.

Image: The Arcade as it appeared around 1911. A crowd enjoys the glass-ceiling promenade and the fountain in the center. 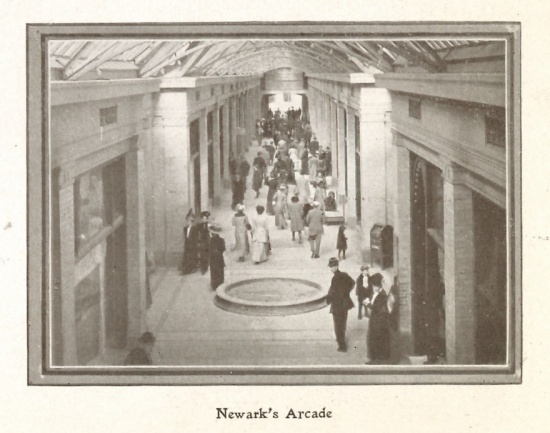 Arcade
Photo By: The Arcade as it appeared around 1911. A crowd enjoys the glass-ceiling promenade and the fountain in the center.